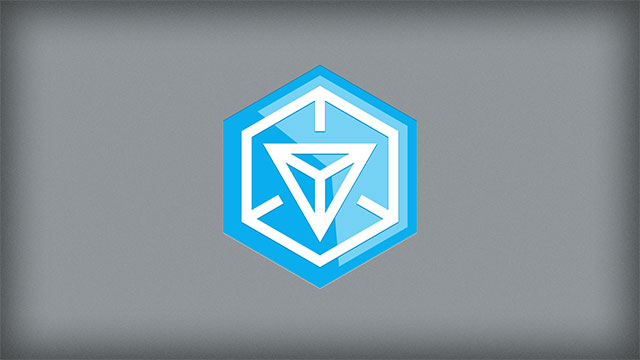 Google’s augmented reality game Ingress has this week opened its virtual doors to members of the public in earnest. Previously, a new player required an invitation from a current player, but this requirement has now been removed – anyone can now install the app from the Play Store and get started.

The World Around You Is Not What It Seems

If you’ve not followed our previous coverage (or my frequent tweets on the subject), Ingress throws players into a global quest for control of a substance called Exotic Matter. Your phone becomes the Ingress “scanner”, that lets you see the hidden world around you, and you’ll align yourself with either the Enlightened or Resistance factions, becoming an “agent” for your chosen side battling for control of portals located at points of interest on the real world map around you.

The game is developed by an “internal startup” within Google called Niantic Labs, uses data from Google Maps to build its game world and solicits information about points of interest from its users to create new portals within the game. It’s thought that the game supplies data about player movements to inform Google Maps’ directions, although it seems more likely that Niantic uses Ingress to populate places of interest in its other app, Field Trip.

Ingress has gone from closed to open beta with little fanfare, a beta it remains. Niantic make changes to the rules and user interface of the game on a fairly regular basis (usually for the better, although there’s an occasional controversy). New players might struggle to recognise the original “scanner” app, with a number of UI changes in the last year greatly enhancing the app’s usability, and the relatively recent addition of mods changing the way agents can use portals. I’ve been playing Ingress almost since it went public late last year. In my time, I’ve seen the first efforts to build high level portals in Sydney, wrestled for control of portals around Pyrmont at 3am and deployed resonators on portals in 3 continents (Ingress tourism is a legitimate “thing”). I’ve also found a way to use the scanner while I ride around Sydney on my bike.

My trips to and from work now take a little longer as I’ve changed both my walking and riding routes to take me past more portals. On my best days, Ingress has been responsible for registering nearly 30,000 steps on my FitBit.

Ingress doesn’t just get you up off the couch, it gets you out the door and makes you travel to places in the real world. You’ll place resonators, hack portals and link them to form massive “control fields” that sway the general public to your faction and increase its influence – sometimes they’ll cover an entire country. More importantly, you’ll meet other players – both friends and foes – who are all trying to do the same thing. Ingress has a lot of active communities on Google+ where players talk tactics and make plans. Niantic also organises events – known in the game world as “XM anomalies” – that take place in cities around the world where intense battles take place between players from both factions for control of specific portals at specific times. These anomalies then influence the game’s narrative. A “Cassanda” XM anomaly took place in Sydney a few months ago, and there’s another series called “13MAGNUS” underway now.

It’s also thought that the game has almost singlehandedly kickstarted the portable USB charger market – with its use of your screen, GPS and Wifi all at once, it’s quite the battery hog. I end up carrying several devices when I’m out playing Ingress for the day, and you’ll often find teammates near power points in a pub at lunchtime, grabbing a quick recharge before the head out to do battle again.

Are you ready to get started? The truth about the world around you is only a download away…

Great game – I have explored so much of my city and been to so many places I never would have gone to before. Met heaps of new people, and roaming around with some friends in the evening is a lot of fun.

I’ve been playing this, on and off, for a while now… and i’m still not bored of it! Get on it!