According to a leaked document that was sourced by Amir Efrati from Jessicalessin.com the upcoming version of Android will be aiming at a few things in particular – low-end phones, TV, wearable computing and NFC.

The new sensors will possibly be used in Glass and very likely the rumoured Smartwatch that Google is rumoured to be gearing up to launch in the coming months.

Also on the cards which may help with the wearable device range, is support for new Bluetooth standards – Bluetooth HID over GATT and Bluetooth Message Access Profile, which will allow more communication to more devices.

The loungeroom is a domain that Google has been very interested in since they attempted to launch the Nexus Q. Word is that Android 4.4 will include code that will allow for developers to create apps around TV equipment such as IR Blasters, tuners and more. 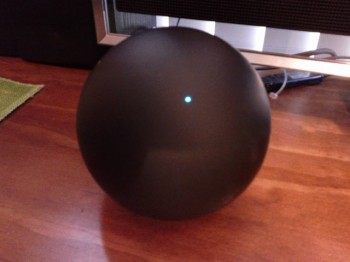 Recent leaks of Kit Kat have shown a ‘Tap & Pay’ option in the settings menu, which has fueled rumours that Google is once again trying to make NFC payments available to everyone. Attempts so far have been apparently stopped by carriers who have control of the secure element – although this contradicts what the Commonwealth Bank has been saying – but a recent Trademark filing with the US Patent Office from Google shows that they are attempting to move NFC payments along without the secure element and this is coming with Android 4.4 apparently.

Lastly, Google is trying to live up to the line in their Kit Kat announcement by making Android available to lower end devices :

It’s our goal with Android KitKat to make an amazing Android experience available for everybody.

The document advises that Google is looking to make Kit Kat available to both high and low end devices with emphasis on a smooth running OS, which according to Mr Efrati :

KitKat “optimizes memory use in every major component” and provides “tools to help developers create memory-efficient applications” for “entry-level devices,” such as those that have 512 megabytes of memory, according to the document.

The launch of Kit Kat is definitely getting closer, there’s even a chance that it may launch in the wee hours of tomorrow morning, with most tipping between 8am and 11am PST – 2am-5amAEDT/1:30am-4:30amACDT tomorrow morning – for a launch which will most likely at this stage be via the Google Blog as happened last year.