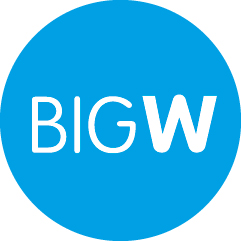 The Kurio Tablet, aimed to be lowed end child friendly, does come with some Ok specs for a low end device it still probably a device worth looking over if you are in the market for a kid friendly tablet device.

The device is stated as coming with over 40 best-selling preloaded apps, including full versions of Angry Birds, Fruit Ninja, Disney Princess, Disney Cars, Mathepillar just to name a few.

Big W are also offering the Laser Kid Smart 7″ tablet which we have previously reported on at a reduce price of $98, originally $128.

The Laser Kid Smart 7″ tablet offers parental control and time usage management along with kid-friendly apps and parent approved websites pre-loaded and ready to go. It also comes with soft covers just as an extra precaution for those unexpected bumps and knocks.

You can check out the Kurio 7S and Laser Kid Smart 7″ tablet devices at your local Big W store or online.

Are you after a kid friendly tablet device for your child, or do you currently have one? Tell us your thoughts in the comments below

We’re going to give this one a try. We bought my son the leap pad last Christmas and it didn’t even last 8 months. Some games require you to tap the screen and my young boy was obviously too hard at it. The screen cracked which is disappointing considering they market it as “durable” and for his age group. I was happy to pay for the screen to be replaced but apparently they don’t do that. Nor do they replace them for anything other than faulty software. So I have a leap pad sitting in the draw that will be… Read more »

I had a staff member where I work ask why a certain game wouldn’t run on her kid’s $100 tablet. I think she answered her own question. I wonder if these tablets are doing more harm than good for the Android brand?

So and so who has an iPad never has this problem etc.

easy to get carried away with 0s Fixed.