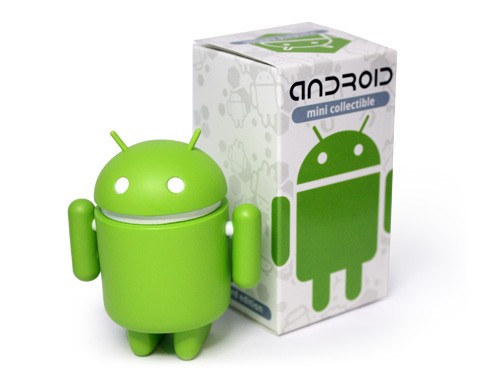 I`m a massive fan of artist Andrew Bells line of vinyl Android figures, I have most of the ones released in the general series and some special edition ones as well, but what can top these cute 3″ tall figures? Well, how about one triple the size?

Andrew has announced that he has made two Android figures in an over-sized limited edition which tower over the smaller figures, at a height of 9.5 inches. The Mega Androids will come in two variatons – standard Green as well as the DIY White. They will first be sold in a special preview at Designer Con which is being held this weekend in Pasadena, California. If you’re in town or headed to the con, hit Andrew up at booth #703.

The Mega Edition Androids are made of the same vinyl material as the originals but are much larger. They feature posable ball joint arms and moveable and removeable heads…..which conveniently fit a can of your favourite beverage inside, and it will probably keep it cool as well due to a special internal dual wall liner. 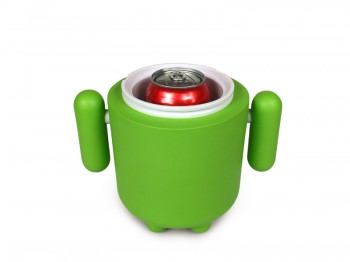 The Mega Androids will cost around USD$70 apiece and will probably be inordinately expensive to ship from the US to Australia. That said – I want them both and will definitely be ordering them; so I may start looking for people to do a bulk order when they go on-sale for general release towards the end of the year.

Do you want one of these large Androids?

*Throws money at the screen
Take my money!

Definitely in on a bulk on these

Count me in Daniel! I’m in for both.