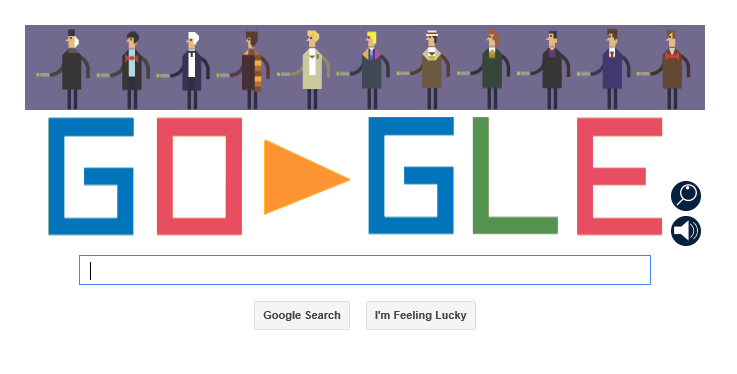 Watch out, Google’s home page has been taken over by the Daleks and 11 Doctors!! In case you not a Doctor Who fan nor keeping up with the latest news, Tomorrow in the UK marks 50th anniversary of the iconic and longest running Sci-Fi series – Doctor Who, which began broadcast on November 23rd 1963.

On the search screen you find 11 Doctors in what seem to be trying to run, with the Sonic Screwdriver (although it seems the last Doctor aka Matt Smith’s version is missing his fez – because fez’s are cool!) in their iconic outfits that have become somewhat a fashion statement. There is also a mini game in which you have to try and collect all the letters in various worlds that make up the word Google – but be careful, daleks are on the loose!

Why not head over and check it out! You can also view the trailers along with the mini episode giving you some headlight into the biggest Doctor Who episode so far here:

If you are interesting in watching the episode, given the episode title The Day of the Doctor, various cinemas are having special 3D screening of the episode tomorrow night. Otherwise ABC 1 will be screening the episode literally just hours after the UK from 6.50am AEDT, 5.50am QLD, 5.20am NT, 6.20am SA, 3.50am WA. It will also be repeated again on ABC 1 at 7.30pm.

Are you excited for the 50th Doctor Who Episode? What do you think of Google’s artwork doodle and mini game?

Anyone doing the supergeek thing of going to the cinemas this Sunday?
I expect to see many people in tweed jackets, scarves and bowties.