Home Mobiles HTC announce a Gold version of the HTC One 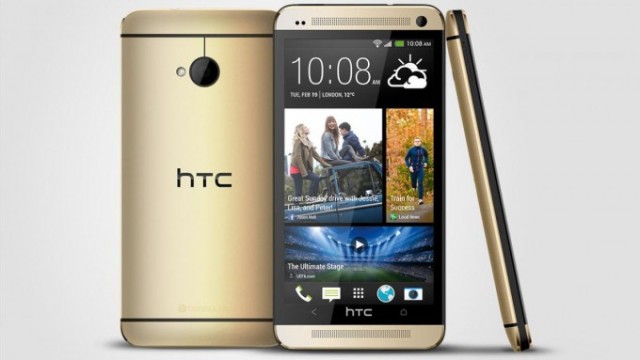 For those who can’t quite afford the nearly $2,600 price tag of a 24ct. Gold embellished HTC One from Gold Genie HTC has just announced a new colour variant of their 2013 flagship device the HTC One – Gold.

The HTC One Gold coloured edition, was first hinted at in a parts leak back in September, will come with the same internal components as the stock HTC One just in a Gold coloured chasis. According to Philip Blair, President of HTC Europe Middle East and Asia, the Gold coloured version will offer consumers more choice.

With the HTC One already available in colour choices of Glacial Silver, Stealth Black, Vivid Blue and Glamour Red, the Gold coloured variant has not been given an official name as yet, but a choice of Champagne Gold would be a litigiously large mistake.

Judging by the fact we’ve yet to see the Vivid Blue and Glamour Red variants of the HTC One in Australia as yet, it’s most likely that the Gold HTC One will also never reach our shores. It will however be available through various European retail partners, with HTC promising further details on availability soon.

They should have announced this months ago. They should be almost ready to release their next generation of phones.

More importantly, Sean, HTC should have released this colour version, and the red and the blue versions of the phone, globally, months ago.