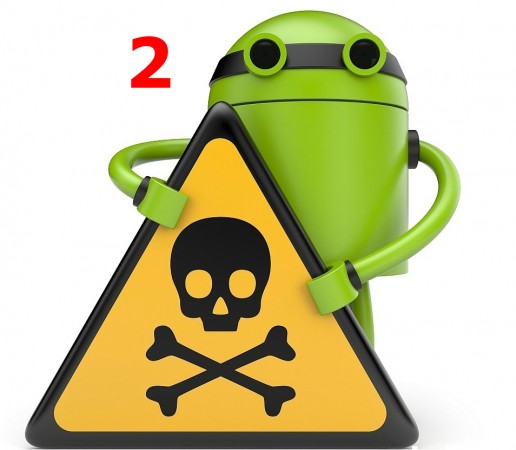 After my first piece on modding the Nexus 5 I thought I would leave the dust settle on the custom rom section before writing it. So here we are a week later and have things changed much. Well, no and yes. There has been an explosion of roms being developed by smaller names employing some of the customisations often presented within the more popular and well-known ROMs such as CyanogenMod, AOKP, CarbonRom and Paranoid Android but at the same time there has been little public movement of these larger roms. This I see as a good thing.

The popular ROMs have built up reputations over time for implementing many unique customisations along with cherry-picking the code for others from these other large names, all the while maintaining a fast, stable ROM. They are going through their due process before releasing even a beta (or nightly) ROM. Slowly they are moving their 4.3 code over to 4.4 and testing it as they go. Merging is not happening just yet in many cases. If it was then we would also see an explosion of unofficial versions of these ROMs being compiled by the average user and releasing for others to enjoy. CyanogenMod is an exception to this with many ROMs already being based on 4.4 CyanogenMod. CyanogenMod lacks many of the customisations that these other ROMs provide, have more developers working on them and thus are able to merge commits for new tweaks into their source a lot fast without making it unstable. At this stage, if you wish to run a custom ROM with a large number of customisations I recommend steering clear of these major ROMs, although merging of their code into the source is imminent and for some currently in process as explained in the post on CarbonRom’s (my current favourite custom ROM) blog a couple of days ago.

Most of these listed above are very similar in what they offer as they cherry pick from each other and other sources as is the nature and advantage of the open source community (with the exception of Cataclysm which is not open source). If you have a choice I recommend grabbing an odexed ROM in case you want to run or test out ART. ART will NOT work on a deodexed ROM. The ROMs will normally state in their thread whether they support ART. If in doubt search the threads for ART.  Two of my favourite customisations lately are immersive mode ROM-wide, and the less-intrusive dialer (see below). I also recommend using ROMs that do not have the Google Apps (GApps) included. By not including them it allows the user (you) to decide which you want to install and which you don’t. Personally I prefer the GApps compiled by Banks which do give you the basic GApps but steer clear of those you can install from the Play Store but also give you the option of installing a minimal package. The Banks package will remove the AOSP dialer, launcher and camera and will install the Google versions, both of which I prefer. The other option at the moment is the GApps provided by the Paranoid Android crew. These guys also have options to choose from depending on your preference for GApps but they do include Play Store apps in all of theirs. Personally I prefer to install those I want to myself using either the Play Store or Titanium Backup. In selecting a ROM for your device I recommend you read through the first few posts of the thread for that ROM and see what it has to offer, including the changelog and also the last few posts to see if users are having many issues with it to determine its stability. As always, with any custom mod to your Android device you are ALWAYS at risk of making your device unusable. To prevent this make sure you have a decent recovery installed (my favourite is TWRP whose latest version, version 2.6.3.4, has had most of its original bugs squashed) and ALWAYS perform a nandroid backup of your current system before flashing a new ROM or mod.

In saying all this, I use none of the above, but that is a story for another day. Do you have a favourite ROM? Why is that? How loyal are you to it? Are you willing to change to another is a certain mod arrives there first? Which is the main customisation you are waiting for or have waited for that is now here?

I used PSX on all my 4.3 nexii, until they started to develop and include their own kernel, which was fraught with issues…the jumping of that ship led me to Xposed and Gravitybox and that changed my geeky life…I FEEL SO FREE

I was a CM/AOKP user until I discovered Xposed Framework… wow… will never go back to a custom ROM. I have everything I loved about CM, in stock Android 4.4.

Hissy fit from the PSX devs seems pretty accurate really. What a shame. Hopefully someone will start an unofficial thread for the ROM on XDA and keep it updated.

I do feel for the developers and how so many xda users have a feeling that they are owed these things… But they need to just ignore them. Doesn’t help that. People don’t search threads… Often the same question is asked within a Page or 2 or where the thread is up to… But they have decided to take their bat and ball and go home…

Link? Or are you pointing out a typo I did? 😀

Cataclysm is a deodexed ROM but supports ART.

Very true. It was a generalised statement. If a rom supports ART it will say so in the first post…. Hopefully……

Nice little write up.
I’ve never been very clear as to what the modded ROMs actually get you. What benefits Paranoid Android gives you, for example, that the Stock ROM doesn’t have.

Is this something you would be interested in in more detail or is the above enough? May put it on the long list of things to do if so…

Sure.
I think a bit on what the various ROMs provide and why you would risk hacking your phone to use them would be an interesting write up.

we risk because we can! Lol! will do… give me a couple of nights…working the next 2 nights (and my optus cable at home is terrible for trying to DL anything from overseas atm)

If it’s at all possible, I wouldn’t mind a comparison of what is different among ROMs – I’m using Cataclysm at the moment, for instance, but what reasons are there to change to Purity (except for the fact that they have ROMs for the Nexus 4 and 7, which are the other devices I own)?