Any.DO, maker of cross-platform to-do list app by the same name, has finally released its long-awaited Cal app for Android, after it debuted on iOS earlier this year. Any.DO revolutionised task-list apps, with a fluid, beautiful interface and a simple, logical flow to the app, and they’ve done the same with with calendar apps in the form of Cal. Most of the iOS versions features have been brought across to the Android version, including integration with Google Maps and hire-car service Uber.

As you might expect, there’s tight integration between Cal and Any.DO, allowing users to link to-do items with their calendar, and see everything in one place. Unlike iOS, of course, the Android version can do other things, such as providing a home-screen widget which shows your upcoming events, and we’ve got a fancy landscape view as well, alongside the beautiful and simplistic interface design we’ve come to expect from the Any.DO team.

For those wondering about managing another data set: never fear. Any.DO syncs directly with Google Calendar, ensuring that everything is up to date, in the cloud. It couldn’t be easier.

For those who’d like to see more, check out Any.DO’s video walkthrough of the new app. 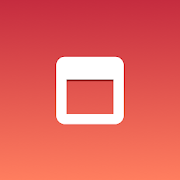 Yeah it’s so white, I couldn’t stand it. If they allowed a dark version, or used the holo colours (though that might also be on the way out now with KitKat), I’d consider using it.