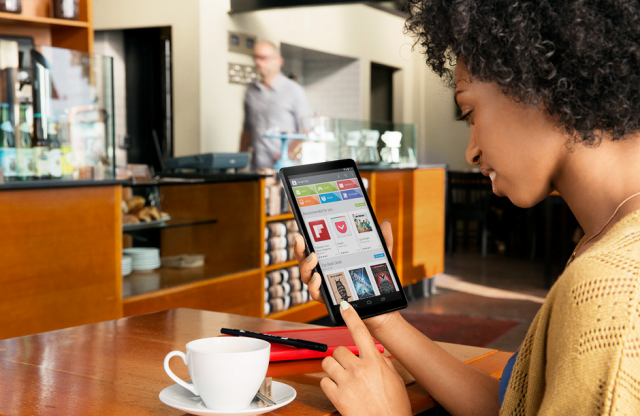 Rumours of a Nexus 8 tablet have begun again this morning with a tweet from EVLeaks showing that the LG V510 which had previously been speculated on as a Nexus 8 could possibly be being commissioned by Google.

The rumour that has been circulating, is that the LG-V510 is to be an 8″ Nexus tablet based on the LG made 8.3″ GPad tablet that went on-sale last month in Australia which has the model# LG-V500. With no Nexus 10(2013) being released this year, it’s possible that Google could just drop the 10″ form factor and concentrate on the 8″ although with a hugely successful 7″ tablet on the market it seems a little strange that Google would introduce a similarly sized tablet.

It’s nothing to get terribly excited over, there’s no real corresponding information, the ‘leak’ is not a User Agent Profile(UAProf) rather the contents of some sort of XML file and is from a tip sent to EVLeaks, not the usual information that Evan Blass the man behind EVLeaks can confirm through seperate channels. The buzz around an 8″ Nexus tablet was quite positive when this first came up in October/November so it’s possible Google could have commissioned something.

Would Google release and 8″ tablet with a successful 7″ model already in the market? Could this replace the Nexus 10 in their product line-up?

8″ is the perfect size for me. And while the idea of a google Nexus 8 is fantastic I use my Note 8 for offline media consumption and we all know the storage options will be limited to promote google online services.

And I’ll buy a half dozen.

And yes I’m willing to pay for the components I’d prefer Quality over cheap price.

Yes, portability is good but there is a market for bigger tablets even if the original Nexus 10 didn’t sell well.

vijay alapati
Reply to  Me

Seriously, remember that nexus tablet will come with pure android and no extra software that supports for stylus or gestures like samsung…..whats the use of 12″ when there is no extra functionality

Me
Reply to  vijay alapati

This will sound silly but Pinball Arcade and Real Racing 3 would absolutely ROCK on a 10+ inch tablet.

I also love viewing photos on my phone and tablet.

Unlike Apple, only Google Nexus can do this for a reasonable price.

For everyone’s sake I hope a Nexus 8, new 10 and 11 is planned and released very soon.

Me
Reply to  vijay alapati

This will sound silly but Pinball Arcade and Real Racing 3 would absolutely ROCK on a 10+ inch tablet.

I also love viewing photos on my phone and tablet.

Unlike Apple, only Google Nexus can do this for a reasonable price.

For everyone’s sake I hope a Nexus 8, new 10 and 11 is planned and released very soon.

Gotta say, a Nexus 8 would be pretty much perfect for me. I’ve been holding off on replacing my old Sony Tablet S in the hope that they’ll release a new Nexus 10, but having played around with a couple of 8″ tablets I really like that size – seems to be a good compromise between the portability of a 7″ and the screen size of a 10″.

Either way though, I wish they’d let us know what they’re doing so I know whether it’s worth waiting for a new big Nexus, or just grabbing something different now.

An 8 inch screen would only be perfect if Google can fit one into a Nexus 7 size chassis. The beauty of a portable tablet is the ability to hold it comfortably with one hand and a big reason why I consider the Nexus 7 a superior design to the iPad mini.

lol Google is making space for their naming conventions. Successor to the Nexus 5 will be the Nexus 6 which will then be superseded by a 7″ Nexus phone. Yep, you guessed it – The Nexus 7 😀

I could see the Nexus 8 replacing the Nexus 7 next year. Same sized tablet, just a larger 8″ screen.

The Nexus 7 certainly has the bezels for it. The bezels are too large to be honest. An 8″ screen would fit great on the N7.

As for the N10, well I wouldn’t care if they dropped it. Didn’t seem like the N10 picked up much steam, so there’s no point pushing it. Just have the one, 8″ tablet as their flagship.

I disagree, love the bezels on the 2013 N7. It allows the tablet to be held by any side without touching the screen. Perfect when on the couch and needing to move about.

Please read above from Andrew. Have you used the N4 and N5 and you see what that little bit bigger but on essentially the same physical size device is so nice.