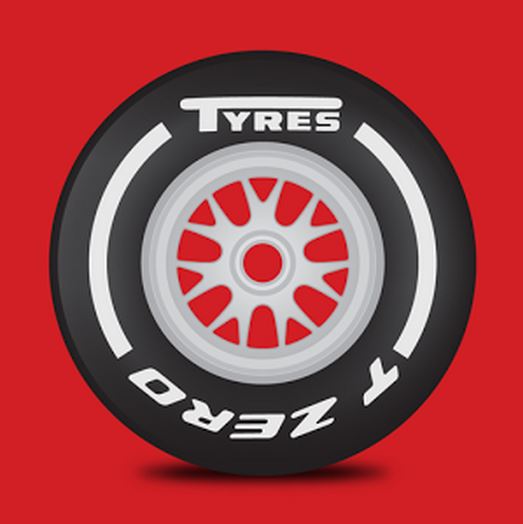 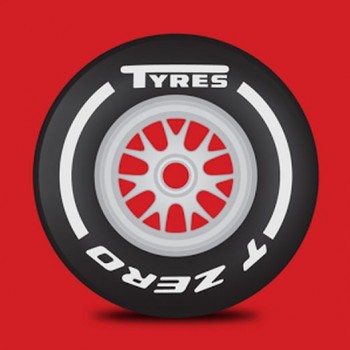 When we attended the EB Games Expo back in October, we met Nathan Harper from Beer Mogul games who showed us his Formula Legend – F1 Management game for Android. It was actually lauched at that time, but we’ve only just managed to get around to giving it a full workout, but we have so here we go.

Your first task in Formula Legend is to enter your name and then complete a driving test. This will grade your driving skills, which then takes you to a screen where the F1 teams will offer bids for your services to come to their team. Once you select your team, that’s where the fun begins.

Formula Legend is an F1 management simulation game; this means you’re not actually driving the cars in the game, rather you’re managing the car through the races, selecting different tyres based on the weather and track, as well as regulating your fuel load and how aggressively you ‘drive’ throughout the race.

Before you start each race, you’re given the chance to evaluate the current weather and select appropriate tyres based on this information. You can also setup how aggressively you want to drive straight off the bat, you can go balls-out but sacrifice fuel, start conservatively and save fuel for a late aggressive challenge or pick the middle ground for a middling overall performance.

Once you’re satisfied with your setup, you can then progress to starting the race, at this stage you go to the – if you’re an F1 fan – familiar starting lights, which light up five red lights before blinking out to signal the start; at that point you hit the accelerator and your response time at this point determines how you go, anywhere from a ‘Webber’ start to a Good or Great start.

When you select tyres throughout the race, based either on tyre wear or weather, you’ll take part in the process by tapping on the tyres in a randomly selected order each stop in order to simulate a pit stop, get a good time in the pit and you’ll improve your time; stuff it up and you’ll lose track position and degrade your overall time.

As a management game, you can stay purely within the manager style format or you have the option to enter into the driving simulation side of things – albeit from a top down perspective – with Driving Challenges included in each race. You will be asked to navigate a Chicane or Hairpin turn during races or if you’re doing really well, and you may be asked to navigate your way through the backmarkers giving you the chance to improve your time – or completely blow it depending on how well you drive.

All of this will affect exactly how well you place when the lap counter ends the race, adding to your total prize money pool as well as increasing your ‘LegendBux’; all of which you can use to increase your cars specs and get advantages to be used in the next race. However, it’s not only racing that can earn you money or LegenedBuz, as with almost all games these days, there’s In-App Purchases you can make to shortcut the process and increase your levels early.

The Freemium component of Formula Legend, while present, does not feel like it encroaches on the enjoyment of the game, but it does enhance the experience if you choose to partake. While you can spend cash to upgrade things like your fuel boost and car parts, you really need the LegendBux to upgrade your Race Engineer skills which will allow you to upgrade various things on your car like Aerodynamics, Tyre Wear, Fuel Efficiency and Exhaust.

If you find yourself in the unlikely position of having too many LegendBux, you are able to change trade them for in-game cash at a rate of $50,000 per LegendBux.

The first level of payment is the PRO Pack, available to purchase for US$2.99 (AU$3.15), this pack gives you three LegendBux to start with but also includes the ability to use wet weather tyres on your car when the heavens open up during a race. The PRO Pack in addition to adding the ability to add wet weather tyres to your car adds Wet weather forecasting as well as Team and driver name editing. Nathan has advised that he will be adding to the PRO Pack over time, so stay tuned, this is a good pack to start with.

You can also restore purchases made previously with the account you’re signed in with if you install the game on say a second device. You can find all these settings under the Purchase menu.

Graphically, Formula Legend for the most part is pretty basic, there’s not a huge amount to do when you’re displaying statistics on a rotating basis, but it’s really displayed well. The layout of the stats is quite easy to read, as is your track position, status of your tyres and fuel and the weather and the associated forecasts. The top down ‘Drivers Challenges’ are equally well drawn and give a great sense of the arcade feel of driving your car through a chicane or hairpin.

Sound wise, I tend to miss the sound effects as I prefer to just turn the sound down, but when you’re sitting at the start line waiting for the five red lights to blink out so you can mash the accelerator, the sound of powerful F1 engines revving in the background is a sound that certainly gets you pumped for the race.

Well, like any game that I review I like to find social integration and Nathan has used Google Play Games to achieve that. With Google Play Games, you can check your stats against others for things such as Races Complete, Seasons Complete, Points in a season or Fastest Pitstop – an astonishingly low 0.85 seconds FYI – my current nemesis on the leaderboards is Darren who’s killing me I’m afraid.

The Google Play Games integration adds that extra element to Formula Legends that makes it seem that much more interactive with the outside world and not so insular. It’s a good implementation and the social side adds that little bit of competitiveness you need.

Fun? You better believe it

I’ve never been into simulation games, preferring the action of being right in control of the main protagonist in driving simulations but with Formula Legend I’m hooked. I have played through a couple seasons of Formula Legend now and had a blast. I was frustrated at first with the lack of improvements due to my car being very baseline, but with patience I found I accrued more and more LegendBux which allowed me to improve my car and hence my track position overall.

I quickly outlaid the price for the PRO Pack, wanting to engage the harder wet weather racing – and what the heck, support the developer – and the added challenge and options of different tyres also adds to the overall impact of the game, your really get drawn into it quite quickly.

While Formula Legend is great, there’s certainly room for improvement though. Car innovations – which only last 6 races – or fuel boosts – which only stick around for 1 race – are limited overall when you get into the gameplay, if you could have them last a season, it would give more longevity and give you more of a sense of achieving something for your sometimes quite substantial outlay.

The other thing that is could do with some dynamic outcomes are Team Orders. Occasionally through races you’ll receive orders from the team boss to either pass a car or let a team mate pass. I found that following or ignoring the orders achieved the same outcome each time. To really get a feel of achieving something from these orders there should be some sort of randomness to the orders as well as the repercussions or rewards for following or ignoring the orders.

But, there’s a lot to love about Formula Legend. I’d actually like to see a lot more of the driver challenges as I really enjoyed those, but for a simulation game, it ticks all the boxes and gives you a lot of control over your whole race and the car and with the unpredictability of the weather thrown into the mix, you certainly get that sense of challenge that if you compete in just one more race you’ll do so much better.

The challenge of getting up into the top places and hence getting a payday as well as gradually improving your starting position is an addictive challenge you get when playing Formula Legends.

The Formula Legend blog advises that there’s a lot coming with the game in future updates, indeed while playing this game yesterday I ended up getting an update, so it’s still being improved.

While a race only lasts five minutes, it’s the kind of game you can use to fill that five minute wait at a bus-stop but then find yourself continuing to play it the entire trip, it’s addictive in the most positive way and has a great design, it’s free to download and check out, so give it a go and see what you think. 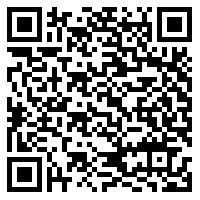 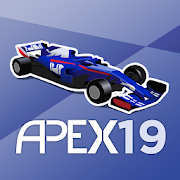 Any game that mocks Mark Webber is a write off for me. It’s below the belt to have a go at one of Australia’s all time motor sport legends in a game about Formula 1. Leave the cheap pot shots to forums.

Webber was prone to poor starts, so in that sense it’s not unfair.
But then again MW was a great overtaker, brave and commited and so maybe it’s more of a friendly homage than an outright dig?

So a slow start is a ‘Webber’ start despite the fact it depends on the Mclaren ECU and setup of the multiple clutch points. Should be a slow Red Bull/Mclaren start.

Shouldn’t a ‘great’ start be an ‘Alonso’ or a ‘Schumacher’ start which is to say a ‘Ferrari’ start?