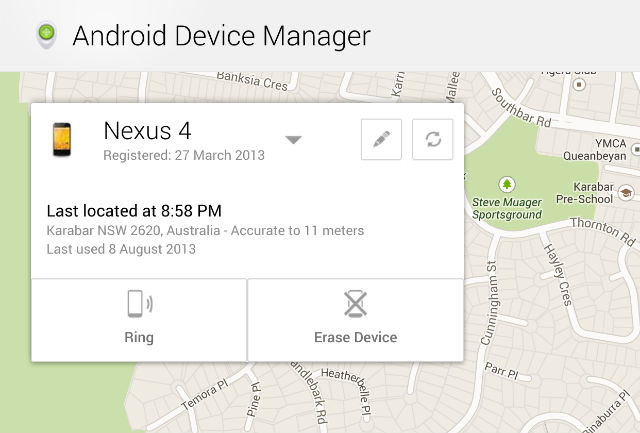 Reminiscent of the ‘Find my iPhone’ style apps from iOS-land, the Android Device Manager app allows you to locate all linked devices on a map, tells you the last time they were located, and gives you the option to make the device ring (useful if you’ve lost it somewhere in the house), lock the device or, in the worst case scenario, erase the device, protecting all your personal data if you think your Android has been stolen or permanently misplaced.

The interface is really easy to use, as you can see above. It’s something that should be installed on all Androids, particularly if you have more than one.

Quite a few people having issues with security of the app due to it not being password protected.
” If someone steals my phone, can’t the thief more than easily use this app to wipe all my devices and, even worse, find my location if I, for example, am using my tablet? Isn’t this a huge, critical security issue?”

Scratch that. This worked: