Earlier in the year we reported that Transport Tycoon was looking at coming back to life and onto Android devices before the end of 2013 and it seems the Transport games has been released officially (and quietly I might add) on the Play Store back in early November.

The cult transport game, which originally debuted back in 1994, was met with critical acclaim and commercial success, and can now be downloaded from the Play Store, albeit at AU$7.99. The initial download size is 139MB so while it isn’t enormous, it’s probably worth downloading the game over WiFi so as not to hammer your (likely to be) more limited 3G/4G.

You can watch the launch trailer for Transport Tycoon below:

Feedback on the Play Store suggests that the game did get off to a rocky start but updates have brought reliability and streamlined the design and processes. Do you remember the original Transport Tycoon? Would you consider downloading it? Tell us your thoughts below 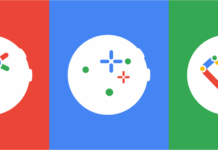 Why name it Transport Tycoon when it’s a port of Locomotion?

I was more familiar with the “tycoon” family of games, so while you are right its appears to be more of a port of the locomotion game, which was a successor to Transport Tycoon , the name is retained for marketing reasons. But the music used in the port is so the music used in Transport Tycoon more than locomotion. Slight aside, to any WA people, the strange heads that are located down near the Cockburn train station that you see when you are driving along the freeway (the scary lady on one side and the young boy on the… Read more »

For 8 bucks it had want to be magnificent, when OpenTTD is free…

Cool, the OpenTTD does look more like the transport tycoon i remember.
Interestingly, the OpenTTD description on Google Play makes reference to this official version being available.