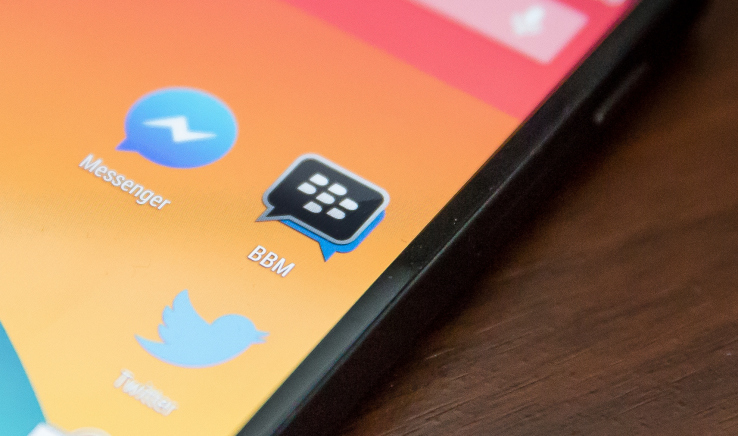 Blackberry is refusing to fade quietly into the night, and has announced a partnership with (successful) smartphone maker LG to have the BBM (Blackberry Messenger) app pre-installed on certain LG smartphones.

This will start with the LG G Pro Lite (not currently on the market in Australia), but may expand to further handsets in future. It seems probable that this will be limited to handsets sold in markets where there is already a high percentage of BBM users, such as the Middle East, Africa and Indonesia. Other markets, where Blackberry and BBM are virtually dead, would seem to be poor choices.

After a somewhat botched launch a couple of months ago, BBM has defied the fate of most other things Blackberry makes, and has proven quite popular, raking in millions of downloads shortly after launch. BBM faces many competitors in the fairly crowded messaging market, including well-established cross-platform players like WhatsApp and Viber, to name but two, but there can be little doubt that BBM is still popular with some.

There is some speculation that the technology behind Blackberry might be enough to keep the company alive, even if it faces absolutely no prospect of winning back smartphone market share. Their enterprise infrastructure and global communication background and developments are certainly worth something, but with the upcoming quarterly earnings call on Friday, a bloodbath is widely expected — one wonders just how long Blackberry is going to flounder around before it eventually falls in a heap.

How many people even use BBM here? I doubt they will be putting this in the Australian market.

I hope LG don’t preinstall BBM on their devices as a System app, like how Twitter and Facebook are done. Unwanted and undeletable bloatware is a PITA.

I just hope they won’t include this in Nexus phones … there are too many IM apps around, BBM, too late