This is the final part in our Year in Review series of posts. The previous parts can be found here, here and here.

When Motorola announced that their newest phone, the Moto X, would not be available outside the US, a lot of customers were quite upset (Our own Scott Plowman included). So when Moto announced a new phone for their international customers, the Moto G, people started to get excited again. It was short-lived though; with a 1.2GHz Snapdragon 400 SoC, 1GB of RAM and no LTE,  the Moto G was definitely aimed at the low end of the market. Still, it managed to be quite a nifty little phone for its price, and will no doubt sell quite well when it is released here in January. Meanwhile, other devices were being announced too. HTC decided that having small and regular sized versions of the One just wasn’t enough, so they announced a big version, the One Max. Sony announced the Xperia Z1 F – a smaller version of their current flagship, the Z1 – but it unfortunately seems like it’ll remain a Japanese exclusive. And then both Samsung and LG confused us by trying to convince us that curved screens are a thing we should care about. LG, however, went one better, and made their phone able to heal itself, using some form of sorcery or black magic.

However, the one phone that most people seemed to be excited about, the Nexus 5, remained a mystery. That is, if you ignore the millions and millions of leaks. There was even a rumoured release date: October 31st. Would this finally be the date? Well, given that October 31 in the US is actually November 1 in Australia, we would have to wait to find out… Yes! In the very early hours of November 1st, Google FINALLY unveiled their worst kept secret of the past few months, the Nexus 5. It was immediately available from the Google Play Store but, as always seems to be the case these days, it sold out pretty darn quickly. Still, it was a vast improvement over last year’s debacle, and it wasn’t long before we had the device in our hot little hands. The Nexus 5 shipped with Kit Kat, the newest iteration of Android. It wasn’t a huge step forward from the previous incarnation, but there were little changes aimed to make things a bit more immersive, such as always-on voice search, and hiding the on-screen buttons when reading books or watching movies. A new and improved Hangouts app appeared too, with the long-rumoured SMS integration. Overall, the Nexus 5 is a great phone, and well worth the wait. Telstra seemed to think so too, they announced that they would be selling the phone at $69/mo on a 24-month plan.

Believe it or not, there was non-Nexus related news in November as well. With the year almost over, it was time to start thinking about next year’s flagship devices, and rumours started surfacing about HTC’s next big phone, codenamed M8. Aldi Mobile announced that their unlimited call & SMS plans were no longer unlimited, restricting them to (an admittedly still impressive) 2500 minutes and 2000 SMS per month. In other Australian news, a couple of big US-based companies announced that they were branching out into our neck of the woods. First, crowdfunding site Kickstarter, which launched popular Android projects such as the OUYA and the Pebble, announced they were now fully open to Australian-based projects . And then Amazon, whose US app store had been available in Australia for a while, opened up a local version which included prices in Australian dollars.

December already? Where did the year go?! As we all started to wind down and prepare for the end of year festivities, it seems that most of the Android world went into holiday mode, with very little happening. The rumour mill was at it again, this time with news about possible specs for Samsung’s next flagship. HTC’s next phone also made another appearance, passing WiFi certification, and having a few details leaked in the process. 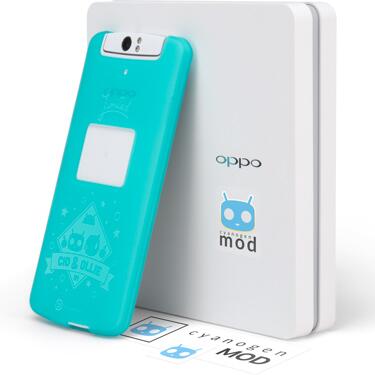 The makers of popular third-party custom ROM CyanogenMod announced back in September that they had become an incorporated company, and were hoping to release official hardware. That dream became a reality in December, when Chinese manufacturer Oppo announced the N1, which not only has an option to flash/install CyanogenMod custom ROM on it, but will also come in a special edition which runs CyanogenMod out of the box. The special edition went on sale on Christmas Eve and while it’s too early to tell how well it will go, the lack of 4g will probably keep a lot of users away.

In local news, Android finally got some love from the ABC. After promising to release it years ago, the iView app – which has been available on iOS and desktop for quite some time – was finally launched on Android in December, albeit for a limited number of devices. Speaking of limited devices, Foxtel updated their Foxtel Go! app, making it available on more phones and tablets. However, if you had anything other than a Samsung device, you were still out of luck. Foxtel advised that they were still working on making it available to everyone, and that it would take some time, but we know that it already works on other devices. So what’s the hold-up, Foxtel?!

So, there you have it. Twelve whole months of Android news, all bundled up into bite-sized morsels. It really has been a great year for Android. Not only have we seen some excellent phones and tablets enter the market, we’ve seen Android expanding into other parts of our lives, such as cameras, watches and games consoles. Will 2014 live up to the precedent that has been set this year? Only time will tell, but you can rest assured that we will be here to tell you all about it. From all of us at Ausdroid, we wish you a very happy New Year, and all the best for 2014.

What joys will 2014 hold for you? Do you have any predictions about what we’ll see in the world of Android? Let us know!