I love most of what Google does, but as a consumer, they frustrate the hell out of me sometimes; for the most part it’s their @GooglePlay on Twitter and Google+ accounts which frustrate me a lot, mostly when they post about an offer that is geo-locked to the US.

It’s become common to see banners on links from these accounts along the lines of:

At a core level, I and all the other Android users understand this forced geo-blocking, it’s frustrating but we have no control at the moment as it seems to be agreed that it’s due to content providers who have yet to learn that the Internet is a global phenomenon, but one day we’ll get there.

Yesterday, Google released a video that was tied to a sale they are holding in the US, you can try the link to the sale, but without extraordinary measures, you’ll get the familiar banner. The video was also blocked for those outside the US, with anyone clicking on the link receiving an even more familiar: 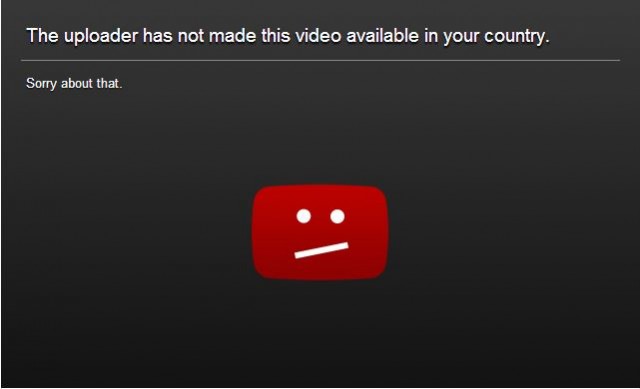 For those who did go to extraordinary lengths the commercial they released was actually really, really good. The video is titled ‘Google Play – Play Your Heart Out’ and it’s a hell of a commercial, and hey, this is the internet, so things will out, watch it here in its full glory and let us know what you think:

I think they do that because some things are too usa and uk and au wouldn’t get some of the things
@disqus_HuBlCovzDS:disqus

I thought adblockers were banned for play store 😉

Very good ad but I hate Geo block, maybe a tutorial for us who don’t know to get around it might be a good article

First time in ages I’ve actually sat through a long ad, and loved it.
We should not be being forced into trying to find ways around geo-blocking just to access ad content, much less actual content.

Thanks for that link! Tried yesterday but was Geo blocked. Very good ad I agree!