Acer has this morning released specs on two new tablets and two All-In-One Android desktops ahead of their unveiling at CES in Las Vegas next week.

The Tablets – a 7″ and 7.9″ – as with previous releases from Acer are not the highest specced devices on the market and are expected to retail at the lower end of the spectrum. First, the Acer Iconia B1 will come in two variants, the B1-720(Wi-Fi, 16GB) and the B1-721 (3G, 16GB), Both come with a 7″ display, 1.3GHz dual-core processor, 1GB RAM and front facing camera, the 16GB of onboard storage is expandable through a microSD card slot which will take cards up to 32GB. Only European availability and pricing has been announced at this stage with the Wifi model available mid-January from €129, while the 3G version will arrive at the end January starting at €179. 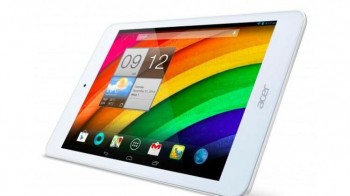 Next up, All-In-One’s. Now, there hasn’t been much in the way of Android desktop computing, in fact Acer has been the primary driver with the desktop Android PC, but they’ve never actually released one in Australia, but who knows this could change this year. As a functional device, there’s not much to offer as a desktop device, a Chromebox or Chromebook would seem to offer a lot more functionality than an Android based Desktop device.

The Acer DA223 HQL comes with a 21.5″ touch-screen running Android(Jelly Bean, version not specified) powered by a 1.7 GHz Quad-Core Snapdragon 600 SoC. The DA223 HQL is being touted as a portable device as it comes with a built-in battery, allowing it to be moved from room to room. The 21.5″ screen can also be used as a monitor, and has passed Windows 8 certification to allow for the touch screen to be used with the Modern UI that is used on the latest version of Microsoft’s desktop OS.

Next up is Acer TA272 HUL which offers a 27″ capacative touch display with a 2560×1440 resolution. The TA272 also offers the option to be used as an external monitor and has also passed Windows 8 certification as a touch device. The TA272 comes with an NVIDIA Tegra Quad-Core processor, 16GB of internal memory, twin front-facing Dolby surround sound speakers, 2MP front-facing camera and dual-band 802.11 abgn wireless. 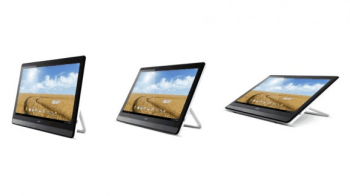 The DA223 will go on-sale for US$699 while the TA272 in the larger 27″ form factor will retail at US$1,099. Availability is supposed to be worldwide but we haven’t seen these here yet, so we’ll be talking to Acer Australia about availability of the All-In-One desktops here(as well as the tablets).

Acer TA272HUL – I have searched high and low and cannot find where to buy except from Amazon in the US. It isn’t shown on the ACER Australia website. Is there going to be an update for this device in the near future?