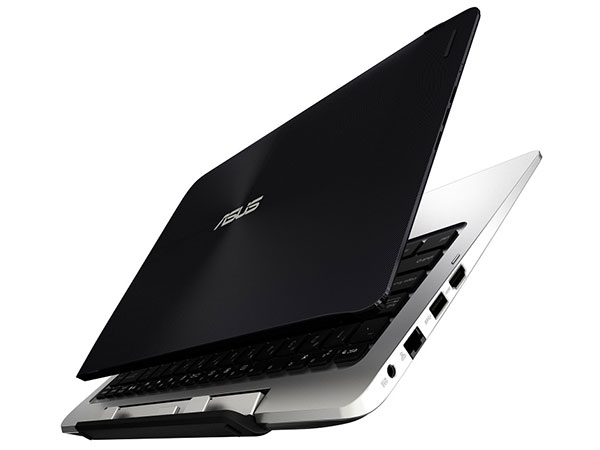 This morning at CES 2014, Asus announced a new lineup of devices including an update to its Transformer line which we previewed a week or so ago, the Padfone Mini and a range of more consumer-friendly Zenfone devices. Let’s take a look at what’s happened.

The Transformer Book Duet TD300 (herein the TD300) follows a growing trend in Windows land, offering users a dual-boot option between Windows 8.1 and Android; each best optimised for different purposes. Windows as a desktop / traditional OS, and when in tablet mode especially, Android because — let’s face it — it’s better.

Featuring a one-touch switch, users can instantly switch between Windows and Android seamlessly, meaning that (amongst other things) users can benefit from the best of both worlds; Windows for the power of certain apps, and Android for those instances where an Android app is available but has no option for Windows.

Besides this key feature, we’re looking at a 13.3″ display with multi-touch running at 1920×1080 Full HD, powered by an Intel Core i7 processor with a whopping 4GB RAM. The Keyboard dock is reminiscent of the Macbook Air tapering design, supporting USB 2.0 and 3.0, with 128GB storage in the tablet side of the combo, and 1TB of storage in the keyboard dock.

The full specs are as follows:

The full press release, for those who want it, is available here: [showhide]

Las Vegas, NV (January 6, 2014) — ASUS today announced Transformer Book Duet (TD300), the world’s first quad-mode, dual-OS laptop and tablet convertible that allows users to switch between Windows and Android in either laptop or tablet modes with just a single push of the Instant Switch button or a virtual key on the tablet. With a powerful Intel® Core™ i7 processor at its heart, Transformer Book Duet runs up to twice as fast as existing tablets based on ARM® processors.  ASUS SonicMaster technology and dual speakers ensure that Transformer Book Duet delivers incredible audio for immersive entertainment.

ASUS Transformer Book Duet (TD300) is an extremely capable device that is able to function as an Android or Windows 8.1 tablet or notebook. Users can simply switch operating systems with a single push of the Instant Switch button or a virtual key on the tablet.

The patented ASUS technology that powers Instant Switch offers many performance and productivity benefits over other dual-OS solutions, such as fast, smooth and seamless switching and the ability to resume each OS from where the user left off. As it does not use OS virtualization, Instant Switch also allows each OS to harness the full power of Intel’s latest processor technology.

In addition, Transformer Book Duet has a front-facing HD camera with a built-in digital mic for video chats. The tablet display has 128GB of SSD storage that can be supplemented by a 64GB Micro SD card, while the keyboard dock houses up to a 1TB hard disk drive. The dock is also home to USB 3.0 and USB 2.0 ports, a LAN port, and HDMI 1.4 output with 1080p support. In terms of connectivity, ASUS Transformer Book T300 has 802.11ac Wi-Fi and Bluetooth 4.0 with EDR. 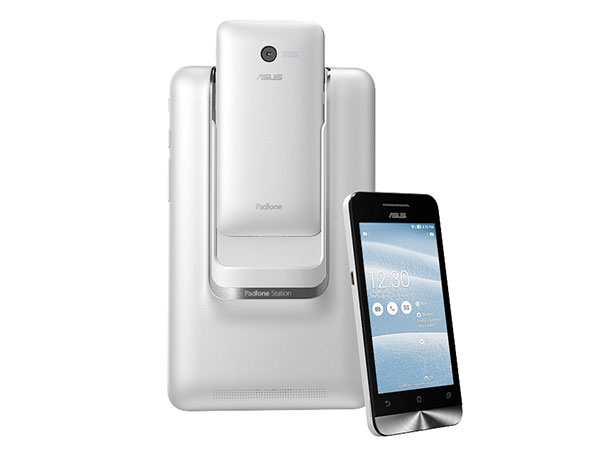 For those that like to alternate between a tablet and a laptop, the Transformer series is great, but what if you’re more of a road warrior, looking for a hybrid between tablets and smartphones? What if you’ve seen the previous PadFone line, but you want something a bit more portable? PadFone Mini is that device.

In essence, the PadFone Mini is a 4″ smartphone that docks into a 7″ tablet form, and unusually for Android, it runs on an Intel Atom processor. The Mini supports dual-SIM, and will ship with Android 4.3 with an upgrade to Android 4.4 promised soon. The Mini also runs ASUS’ custom skin called ZenUI which is optimised to help users leverage the combined potential of the smartphone and tablet modes. Spec-wise, the smartphone side has 8GB of storage (and up to 64GB more via MicroSD), an 8 megapixel camera and a range of colours: black, white, red, blue and yellow. There’s no pricing here either, yet. 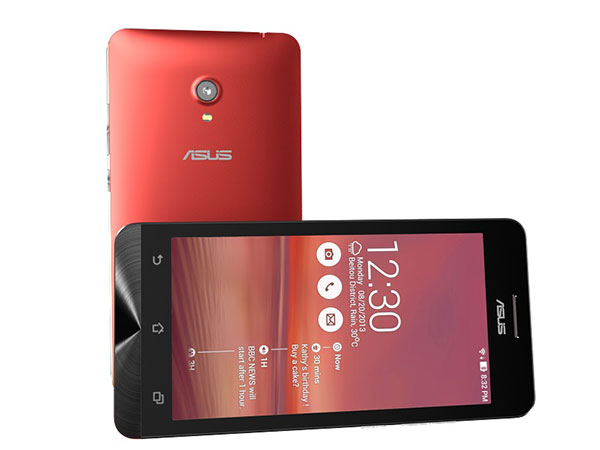 If a combined phone/tablet isn’t for you, then ASUS’ range of new smartphones might be more to your liking. Ranging from 4″ to 6″ devices (as the name might imply), the ZenFone range all run Android 4.3 with an upgrade to Android 4.4 promised, but the features do vary across the range, as shown in the table below:

As with the other ASUS announcements, pricing and availability are TBA, but once we know, you’ll know. Stay tuned for the rest of our CES coverage.

Will Asus go back to making Android only Transformers? I have no need for Windows and would rather not pay the OEM tax for it. Although if it could boot and switch to Ubuntu instead I could be convinced.

TD300 sounds almost perfect! Especially like the idea of the additional 1TB storage in the keyboard.

I would love an 11-inch version though and the option for 8gb RAM.

Hmm, I like the sound of the TD300 asking with it’s full HD screen. Will wait for reviews before thinking about getting out as my laptop is on the way out.