The Huawei Ascend Mate was a pretty massive phone that was announced a full year ago at CES 2013, but only introduced to Australia in June and now Huawei has announced the successor the Ascend Mate 2 4G.

With a 6.1″ 720p IPS display the Huawei Ascend Mate 2 is not going to go un-noticed in a crowd and continues Huawei’s love affair with 720P resolution screens, although this lower resolution will certainly give the 4,050mAh battery in the Ascend Mate 2 more life, with Huawei estimating 60 hours of ‘normal use’ when the power saving technology is used.

The phone will run a 1.6GHz Quad-Core SoC but it’s not quite certain which manufacturer is behind the CPU, although given the history of recent Huawei devices it’s assumed to be the K3V2 – Huawei’s own silicon. The phone will come with 2GB of RAM and 16GB of internal storage but is backed up by a microSD card slot capable of expanding this with 32GB cards.

With regards to connectivity, the Ascend Mate 2 will come with Category 4 LTE radio which promises speeds up to 150Mbps.

The ascend Mate 2 is also heading into the same zone as the Ascend P1 with Huawei advising that it’s front-facing 5MP camera also takes the perfect selfie as well as introducing a panorama mode. They’ve also bolstered the specs on the rear camera, offering a 13MP SONY BSI camera module with f/2.0 lens on the back of the phone which is removeable to allow access to the SIM and microSD card slots.

The software will again be Huawei’s Emotion UI 2.0 but running atop Android 4.3, which Huawei advises allows ‘a much more personalized and user-friendly interface’. The EMUI will include a floating window mode as well as a driving mode. 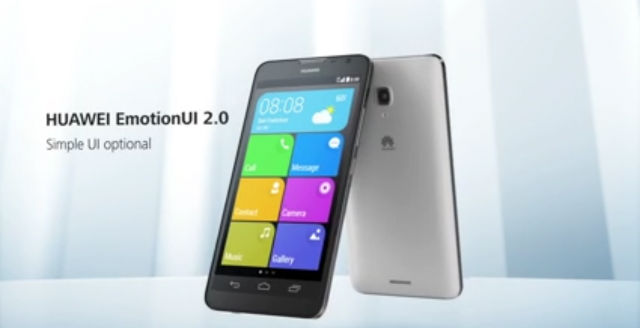 Huawei has also announced a range of accessories for the phone, including a Flip covers with a conveniently placed window for use with your thumb, Bluetooth headsets and Battery Packs

We’ll be in touch with Huawei Australia for local launch details and will let you know as soon as they have anything to announce.