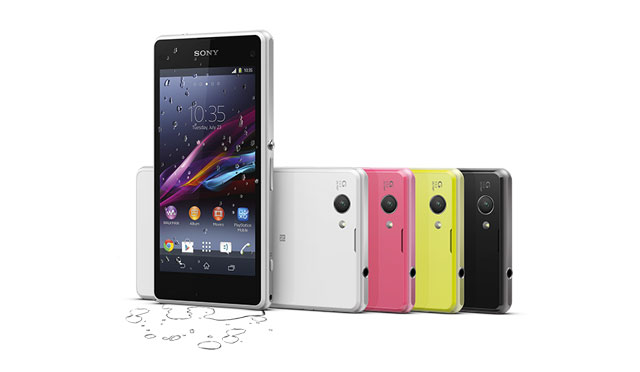 Sony today confirmed one of the worst-kept secrets in recent months – a smaller, “mini” version of its flagship Xperia Z1 (which we rather liked) is coming. It’s called the Xperia Z1 Compact, and it brings the headline features from its big brother into a 4.3 inch device.

The big draw card for the Z1 Compact is that it doesn’t compromise on specs for its smaller form factor, a trend many of us at Ausdroid have been lamenting for the past couple of years. The main changes for the form factor are a 720p display in place of the Z1’s 1080p, and a 2300 mAh battery in place of the Z1’s 3000 mAh. Everything else about the Z1 remains intact, including its 20 MP camera and waterproof housing.

Making one final point of differentiation from the original, the Z1 Compact will be offered in 4 colours – white, black, green and pink. We don’t know if all of those colours will make it to Australian shelves though, and unfortunately it seems that the sexy purple colour that defined the Z, Z1 and Z Ultra is a thing of the past.

It also seems likely that the Z1 Compact will maintain compatibility with Sony’s accessory range, both NFC-based and those using the left edge connector seen on the Z1 and Z Ultra in 2013. 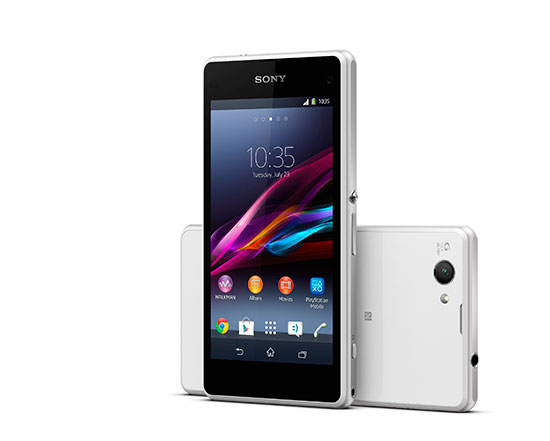 The device hasn’t been listed on Sony’s Australian site yet, but the company has advised that the Z1 Compact will be exclusive to Telstra for 60 days after launch, which it anticipates will be April – a few months later than its US launch, and it’s worth remembering that the Z1 f has been on sale in Japan for a while.

You can sign up on Telstra’s “Keep Informed” page to receive news about the device closer to launch. A specific launch date and price are yet to be provided.

It’ll be interesting to see how the Z1 Compact does in 4 months’ time, given that we’re expecting to see new devices launched by Samsung and HTC in the intervening months. Perhaps Sony’s hoping to see the Z1 Compact compete in a different class, away from the 5-inch flagships. It’s definitely got the technical pedigree to hold its own in a distinct “compact” class.

If you’re not a fan of Sony’s Android skin, remember that the Z Ultra saw a recent release as a Google Play Edition device, leading to stock Android ports for both it and the Z1. It’s also possible that we’ll see a CyanogenMod port for the Z1 Compact at some point in the future, given the CM team’s history of supporting Sony hardware.

Unfortunately by the time this launches in Australia it will have compromised specs as Sony are already talking about a release for their next flagship smartphone with better hardware specs for February.

Great to see Australian confirmation, this will likely be my next phone. But I don’t wish to wait till April

Telstra needs a couple of months to pack the firmware with bloat. I’ve been waiting for this to launch for months already, and April really is longer than I can wait to replace my current phone that’s on it’s last legs 🙁

Here’s hoping for Handtec or Clove stock in Feb…

And until Hell$tra are finished weighing down this phone with their bloat, they will not let it be “officially approved for use on Australian networks.

Why would a decision by Telstra have any bearing on whether or not Optus, Vodafone or an MVNO could launch a phone?

Because of how the rules are set up. Phones have to be approved by the majors, before they can legally be used on Australian phone networks.

What would not surprise me in the least would be to learn that Android phones which the majors cannot ‘customize’ (stuff full of their bloatware and lock down against connedsumers), will fail to be ‘approved’.

Except that Telstra has an exclusive on the Xperia Z1 Compact, according to their press release, so no other local carriers will be getting stock. It will be grey imports, or wait until April.

I’ve just placed a pre-order with Handtec, who should get stock when it’s available in Feb in the UK.

@rend2688:disqus can check out the Telstra Post about availability in April here : http://exchange.telstra.com.au/2014/01/07/the-sony-xperia-z1-compact-announced-at-ces/

What the…I’m not waiting till April for this. Hopefully Kogan or someone sells it next month.

MobiCity will likely be one of the first to sell it outright, before Telstra.
But expect to pay a premium for getting it early.

Mobicity is always first off the mark.

Thanks for the link!

Hope its released sim free earlier than that, from the likes of Harvey Norman, Dick Smith, Mobileciti, JB etc. And of course Sony themselves.

Otherwise a purchase from Clove/Handtec or a HK Ebay seller may be in order!

According to Gizmodo it will be available in February, not 4 months time. I couldn’t find a reference to a release date in the linked article either?

@benfreke:disqus You can check out the Telstra post on Availability in April here : http://exchange.telstra.com.au/2014/01/07/the-sony-xperia-z1-compact-announced-at-ces/

Thanks Daniel. No mention of “lime” in Telstra’s press, so maybe someone else is just being slow about releasing details? Either way, I don’t think I could wait until April …

Jason, what about the purple colour? What happened to it?

There never was a purple colour available. The Z1f, Japanese version of the Compact, which has been out since December, was released in the same 4 colours: Black, White, Lime and Pink.

And the display is…. drumroll… IPS! Well done Sony, in so many ways with this phone.