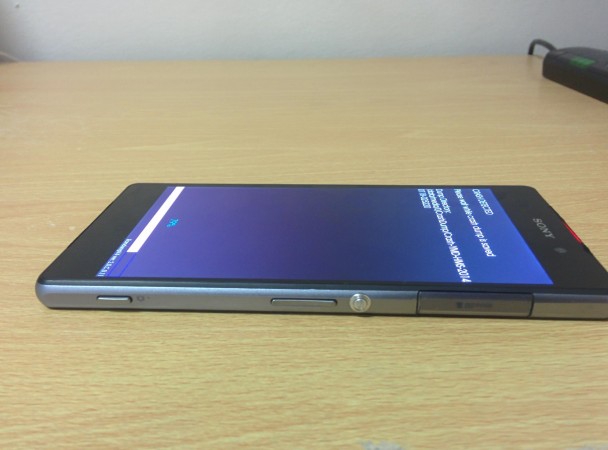 On Sunday we reported on the images and sparse details of a new Sony phone that had leaked via an XDA member. Not long after we received a tip from someone who also had the device confirming the details. The tipster confirmed the 5.2″ 1080p screen with a Qualcomm based MSM8974AB SoC and 3gb RAM. He also confirmed that his version, from November, was running Android 4.3 but being a preproduction model couldn’t comment on what version it will release with. Interestingly though, the tipster’s device has the board and device codename of Shinano but everything else matches up with the Sirius specs, including the code number of 6503.

We were unable to obtain screenshots due to not wanting to jeopardise the tipsters relationship with Google. Luckily enough, another user at XDA, iRimas has done that for us. These screenshots are from a very early build of the software, and they are 4.3 so expect some changes before its final version in the form of 4.4.2 is released with the phone.

Personally I am liking where Sony are going with this phone. It’s a well designed phone and the software looks great. It follows the holo guidelines from Google while also putting their own personality into it. Sony are certainly embracing the Android community and I applaud them for this. I can see myself buying this phone. How about you?

They’re gradually softening that “Omni-Balance” design language.
Rounding the corners a bit more, reducing those top and bottom bezels. Returning to a normaller phone.
Which I’m happy about.