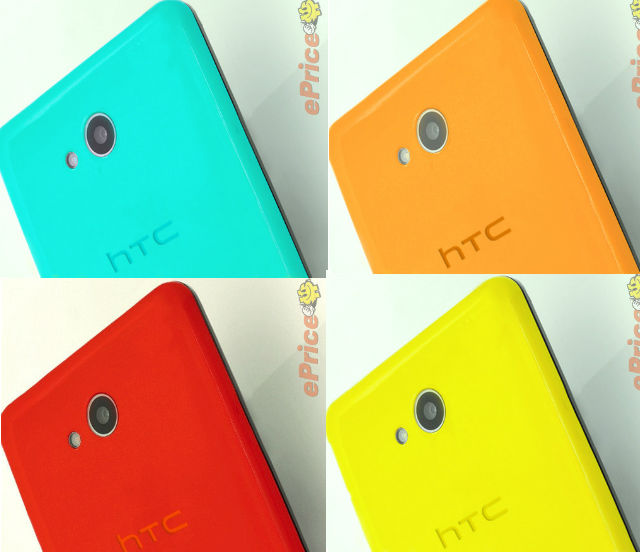 It appears that 2014 could be a colourful year for Android, with a possible update to the colour range on Nexus devices coming it seems HTC is also looking at expanded the colour options from their Windows Phone lineup to Android with a leaked series of photos showing that a new Desire range of phones could come in red, yellow, orange and blue.

The Desire series has remained afloat as a low-mid range series of devices and the trend looks set to continue with this latest round of Desire handsets apparently upping the spec game from the recently released Desire 300 and 600 but still not reaching their former glory of the orginal HTC Desire flagship days.

According to GizChina, the handsets will come with a 5″ 720P screen, running an MTK Octa-Core SoC with 1.5GB of RAM and while there’s no information on storage, the colourful Desire range will include an option to expand whatever is on-board. There’s no sign of the Ultra-Pixel camera technology of the HTC One, instead the new Desire will employ an 8MP sensor.

Software wise, the new Desire range will run Android 4.3 with Sense 5.5 overlayed over the top. No word on which components of Sense will be included in the lower range handsets but Blinkfeed is almost a certainty.

Pricing is rumoured to begin at 2,000 Yuan – around AUD$380, but there’s no information available on when the phone will become available or even if they’ll arrive in Australia will make it to Australia.

Mediatek chips lol no thanks.