The red version of the Nexus 5 which first appeared last week, looks set for an early February release at least according to a screenshot sent in to Android Central.

This latest leak of what appears to be an inventory screenshot from a store mentions US carrier Sprint, but it’s expected that a Google Play Launch would co-incide with the release, unless Google makes it a carrier exclusive.

This latest leak follows a couple of posts from Twitter user artyomstar – which have since been removed – that show the retail packaging for the Red Nexus 5. 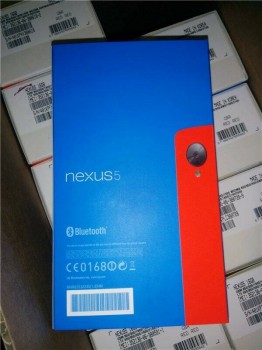 The launch could possibly be a restricted launch as was seen recently with the white variant of the Nexus 7 which was launched in the US, UK and Japan, but we certainly hope not. There’s still no mention of the Yellow version of the Nexus 5 which was mentioned when the Red Nexus 5 was spotted in the wild, but it could be coming soon.

Who’s excited for a Red Nexus 5?

and I would bet it’s an american exclusive…

Its Not Black. That gets it a thumbs up from me.

People will think you put a red case on your phone, lol