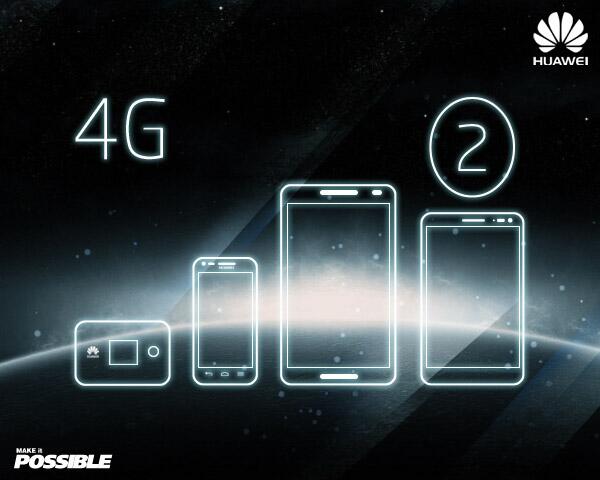 Huawei has been teasing their MWC offerings for a week or so now, including a less than fantastic video teaser, and it appears that two of the devices have now been leaked ahead of the official launch.

First up is the Huawei Ascend G6 Smartphone. The Ascend G6 has appeared on Twitter courtesy of @evleaks showing off the phone in 5 colours – Blue, Gold, Pink, White and Black – with capacative buttons and the Huawei custom Android skin Emotion UI.
https://twitter.com/evleaks/status/436623851183964162
Specs for the phone indicate that it will most likely slot into the mid-range of whatever Huawei’s 2014 mobile range is with the rumoured specs including a 4.5″ screen with a 1.3GHz MediaTek Quad-Core CPU, 1GB of RAM, 8MP Rear camera and 5MP Front-facing camera running Android 4.2 Jelly Bean with Emotion UI. As with all Huawei phones, it looks like it will be thin, but in this day and age it may be worth Huawei’s while to actually make it a larger phone and include a massive battery like the Ascend Mate 2 has.

The second device – the Mediapad X1 – a 7″ Android tablet, has appeared on Chinese site 1pad.cn. The tablet will come with a 7″ 1920×1200 display, 1.6GHz Quad-Core HiSilicon 910 CPU, 2GB of RAM, options for 16 or 32GB of onboard storage, 5MP Rear camera and 1.3MP Front-facing camera, all powered by a 6,000 mAh battery. There’s no word on whether the onboard storage will be expandable by microSD card but it would be nice to see.

There’s rumours of LTE connectivity with the tablet, including voice calling capabilities, so 3G is likely as Voice Over LTE(VoLTE) is pretty rare in most markets at this stage. There’s a smartcover accessory that will be announced as well which will include a Quick Window cutout. The pricing has been estimated at 1,200Yuan(AUD$220) but is for Chinese, with an Australian price sure to be above that if/when it arrives on our shores.
Source: 1pad.cnEvLeaks.
Via: Engadget.