Considered by some to be part of the glue of the social web, URL shorteners may have fallen a little by the wayside since the earlier days of Twitter and Facebook, but they still have their place. They take an often long and unsightly URL (for example, a Google Maps URL) and present it in a much shorter, easier to share form.

Google has such a URL shortener, called simply goo.gl, and with this service, you can take those large URLs, and shrink them to one that will probably be much smaller, and easier to tap out in a message or email if you need. A long Google Maps URL, to use that example, could be over a hundred characters long. A shortened URL could be just http://goo.gl/5SPKRJ. Much easier!

Making these short URLs is now much easier with Thomas Devaux’s new app. You can share URLs to it from a web browser, paste them in to the app directly from any other source, and bam, it spits out a nice short URL which you can in turn share with most Android apps, social networking sites, messaging tools and the like.

It’s really easy, and provides a list of previously shortened URLs which you can easily refer to, and reshare, if necessary. Check it out on the Play Store. 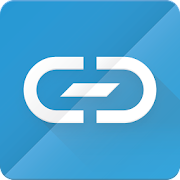 Installed this morning. It’s pretty cool, you can share a URL into the app and it’ll pop up a window that shortens it and offers further actions like copy/share/etc. You can also send it up to the notification bar so you can do something else and use the shortened URL when you’re ready.

Really nice app that demonstrates some of Android’s unique features.