Home News and Editorial Googles assault on the living room continues with the purchase of Green... 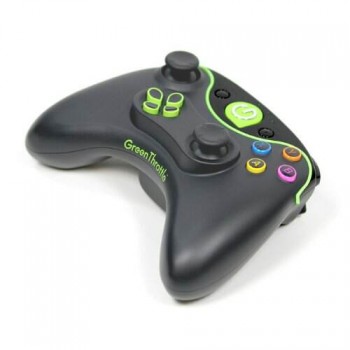 The ability to use your phone as the brains for a games console, by pairing it with a Bluetooth controller was the business premise behind Green Throttle Games. The company unfortunately failed to achieve their goal, effectively winding down their business operations at the end of last year, possibly due to a glut of competitors such as Moga, the Nvidia Shield and more in this category. But they had a certain something, at least according to Google who have apparently acquired them.

According to a report from PandoDaily, at least two of the three man team – Matt Crowley and Karl Townsend – who founded the company will be heading to Mountain View as part of the deal, although Google hasn’t (understandably) elaborated on what they will be working on.

There’s speculation that this purchase is only part of a bigger product launch that Google are working towards. Something that was hinted at last year when Amir Efrati from paywalled News Site, The Information wrote a story that pointed to Google releasing a so-called Nexus TV at some stage in the first half of 2014.

Whether Google really needs a ‘Nexus TV’ box or should continue their massively successful Chromecast push into more territories is something that only time can tell. A Nexus TV will certainly be interesting to check out, perhaps we’ll see something at Google IO 2014?