With the demise of Flappy Bird, the race is on to find the next casual game that will take the world by storm and that game could possibly be the smash iOS hit Threes, which launched over a month ago on iOS and has this morning launched on Android.

Threes is at its core a very simple puzzle game, that plays out on a 4×4 Grid with the aim of the game to add multiples of three, with the ultimate aim to make the largest total you can. Threes comes with Google Play Games Integration so you can show off your high score on the leader board.

The games are untimed and is more strategic than anything else. You start with swiping 1 and 2 together to make 3, then once you have two 3’s you combine to make 6 etc, all the while queuing up your next move. Still not clear? Best bet is to watch this video : 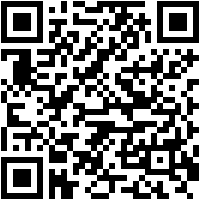 Also related – http://gabrielecirulli.github.io/2048/
Warning – this page is a production killer

Too Late! There at least 4 free clones in the Play store already. Each with their own twist, theme or improvement. Most integrate with Play Services too.

Devs don’t surprise anymore me when they expect to have an iPhone first release strategy then blindly think they can make money on an android release months down the line.

Don’t bother with this. The android native alternatives are better.

A search for threes brings them all up easily. (At time of posting the genuine threes was twelfth on the list.)

I personally like Fives, which let’s you play with a bigger board after you play a few games, to let you get insane hi-scores.

I also saw one that had a hexagonal grid which is a cool twist.

I bought the app (having already bought it on iOS) because I wanted to support the original developer. Maybe I’m stupid?

I have have no reservation paying for clones when I’ve felt eve execution is great, as I have done here with a few of them here.

You are welcome to support any dev you like, but when a game like this is late to the party with a direct port that adds no extra value or consideration for the android platform, my money goes tob the android developers instead.

Six weeks is late to the party?

These are what I could find easily, I’m sure there are more.

I personally like Fives, which let’s you play with a bigger board after you play a few games, to let you get insane hi-scores.