Home Smart Home and Wearables Around the Home Chromecast goes on-sale in 11 more countries – Australia isn’t one of... 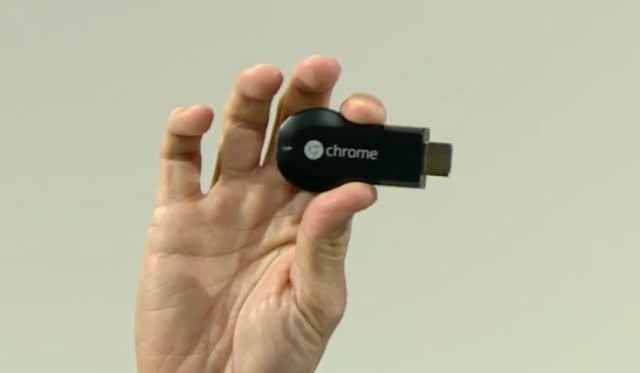 Since it’s release in August 2013, the Chromecast has been a much sought after device not only for anyone living in the Google Eco-System, but for anyone, as evidenced by the stock shortages that have plagued the US. But access to the dongle has only ‘officially’ been to those people living in the US but as of today, Google has announced that 10 European countries, and Canada will begin selling the Chromecast.

In addition to the UK and France, who we saw launch information for the other day, Canada, Denmark, Finland, Germany, Italy, Netherlands, Norway, Spain and Sweden will all be able to purchase a Chromecast. The Chromecast will be going on-sale through Google Play and Amazon online as well as electronics retailers such as Currys PC World, Elkjøp, FNAC, Saturn, Media Markt but there will be more.

Google has struck deals for local content distribution, much the same as they did with Netflix initially and then with HBO GO and Hulu Plus in the US. In the UK, BBC iPlayer is onboard, in France TV Pluzz and SFR TV are launch partners with CANALPLAY coming soon and in Germany Watchever is onboard with Maxdrome coming soon.

We KNOW that there are Chromecast’s in the Google Australia offices, we’ve consistently heard from developers that Google has ‘big plans’ for the Chromecast. With the launch of Google Play TV Shows in addition to the existing Google Play Movies already in place, Google has good reason to want to have the Chromecast on-sale here in Australia, as to whether they will launch in Google Play or through their favourite two retailers – JB Hifi and Harvey Norman is another question. We can also only hope that Google is using the intervening time between now and the eventual launch to queue up some great local content launch partners as well.

Who will Google Sell the Chromecast through in Australia? Which media distributors will Google have on-board when they do launch?

Well, I’m heading to the US in a month time so might pick one up from there. Hopefully they will be selling it in stores.

ahh, I know the moment I give in and order one form US/UK, They’ll be released here.

Although I moan about Google neglecting us we have it pretty good when it comes to the Android ecosystem. I am a little surprised we weren’t included but suspect it has more to do with content and rights as some others have speculated.

Hmm, maybe the reason they haven’t launched in Australia is because they couldn’t do local content deals here. No Netflix here, and let’s face it, Foxtel are a Murdoch arm and therefore much more likely to take a ‘NowTV’ route (so they can sell subs). As has been demonstrated Nine can’t even get an Android app sorted, Seven’s attempt is a horrible failure and Ten can’t even get their app working on a tablet. Hardly likely to jump at the chance to put their app on a new device – they aren’t the most forward thinking of companies. If you… Read more »

I always wonder if ABC / SBS have enough money for widespread streaming..

Well you’d think they would launch with at least one TV partner on board. SBS on Demand came out in October exclusive to Samsung.. surely that’s about to end? iView has a good app and is arguably the best streaming service of all networks. Tenplay just came out last week and seems ok. Plus Seven has a 2.3 star rating – apparently it doesn’t play video that often… and Jump In for 9 doesn’t exist on Android. So from the three apps that do exist it’s just a matter of adding support for Chromecast and being prepared to support the… Read more »

Real shame since we have the full google eco system now but I do enjoy the one I imported but I want more.

God damn I want one so I can start buying TV shows!