We saw the launch of Android Wear this week which has seemingly launched Google to the forefront of the wearable market. A market they had already begun pioneering with Google Glass, but with smartwatches from other manufacturers starting to appear, Google decided that it was time to take the proverbial bull by the horns and address the burgeoning wearables market, and with Android Wear, they may just have nailed it.

Like it or not, wearables are the ‘hot’ thing at the moment. Manufacturers have seemingly reached ‘peak Android’ with the specs they provide in Smartphones, and the next big money spinner they’re looking at is wearables. By releasing Android Wear, Google has positioned themselves as a primary player in this exciting new product category.

But it’s not a case of first in best dressed; Android Wear looks good, really good. It’s clean, contextual and relevant without too much cruft, the very qualities people have been asking for from a smartwatch since the market for wearables began to gain traction in the marketplace.

Android Wear has been in the making for a long time, possibly starting as far back as 2012, when Google purchased one of the pioneers in smartwatches – WIMM. The purchase went un-noticed until August last year, but it’s the decision to purchase a company that was seemingly a fair way ahead of its time that points to Google also seeing the coming tech revolution that is wearables.

Google has of course been working on wearables even longer than this, with their most famous wearable in the form of Google Glass. Glass has been worked on by Google as part of the Google X moonshot projects lab since at least 2011, but first appeared publicly in April of 2012 and it showed the start of Google’s aspiration to show contextually aware, glanceable information on wearable computing.

But it’s been a long road for Glass, after nine consecutive monthly software releases for Glass, Google announced earlier this month that they would be forgoing monthly updates to the platform and instead would be focusing on a larger update. It’s timely, because what better way to integrate your most famous Android based wearable than by integrating it into your new Android Wear family of devices?

It’s a long shot, but certainly within the realms of possibility that Google could streamline their Glass/Mirror SDK into the Android Wear SDK. The interfaces for watches and Glass are both based on contextually aware Google Now cards and glanceable notifications and having the one SDK to tie all their wearables together with minimal effort would be a boon for developers wanting their apps to reach as many small screens as possible.

Android Wear: Information that moves with you

The clean look of Google Now cards, now the basis of Android Wear, has been lauded as a great way to access ‘glanceable’ information. This will come to the fore in Android Wear with contextually aware information relevant to the situation appearing on your wrist, without even having to pull our your phone.

Google Now has also included voice commands since its inception and it is getting better, with Google adding voice support for more languages and will most likely add more as time goes by. Now, talking to your phone or even a watch for that matter is not something that a lot of people feel comfortable doing, it’s against social norms, no matter how much Google wants you to think it’s normal. James Croft from Reckoner sums it up nicely in his piece on Android Wear:

Google seems to think I will talk to my watch in public. I’ll never say never, but right now? That seems unlikely. If I won’t even talk to a phone in public because it’s embarrassing, the chance I’ll do it with a watch is zero.

Passwords are inherently insecure. Chances are you are probably using the same password across different accounts because it’s easy, and trying to use Apps like LastPass, OnePass or others can be a pain in the,  … well you get the picture. Google recently purchased Israeli security firm SlickLogin, at the time a purchase written off as an “acqui-hire”; SlickLogin was a company with no real customers nor discernible product, but they did have a concept and it seems like this would be useful on a Smartwatch or other wearables.

The concept behind Slicklogin is simply using alternatives to passwords to verify your identity to log you into an account. It can be in the form of a WiFi network, Bluetooth, NFC or GPS signal or visual markers like say a QR code, but the real kicker was the idea of using inaudible – to the human ear at least – sounds which can played to a computer that will then be used to log you in to your account.

While the idea was that people would use a smartphone for this purpose, a smartwatch which is almost certainly attached to your wrist the majority of the time with a speaker inside, would be much more suited to this purpose than a smartphone which could possibly be charging in another room or on a bench or in a bag somewhere not on your person. After all, when you’re typing on a keyboard, your watch would be right near where the microphone on a laptop usually is. 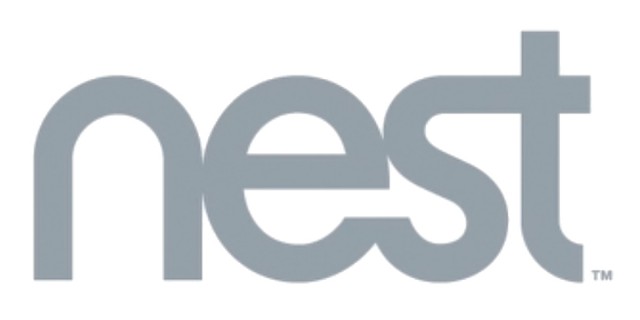 When Google purchased Nest in January for 3.2 Billion Dollars, there was a lot of talk about what would be next, and that’s an interesting question. Nest has so far been a disruptive force in technologies that needed disrupting, first it was thermostats, then smoke detectors, but if you play the above video, watch the last ten seconds – ‘OK Google, Open Garage’.

Could this be the next step? It’s possible, but only Nest and Google know for sure.

Ok, even I’ll admit this is a stretch, but plausible. Google introduced their notification syncing service Google Cloud Messaging (GCM) back at Google IO in 2012 and it was pretty cool, one of the best examples was Timely from developer Bitspin and their alarm clock app which synced your alarms across your devices and best of all muted them all almost instantly when you silenced it on one.

Google purchased the company Bitspin back in January and immediately made all the In-App Purchase options available for free. This points towards the purchase being another “acqui-hire”, where Google wanted the talent behind this extremely smooth implementation of GCM on-board at Google.

The Android Wear platform promises GCM integration to allow you to triage your notifications from your wrist, and surely the team behind Timely would be able to help with this.

So, Android Wear is the future …

Google has managed to get a large number of hardware manufacturers on board for Android Wear, from Asus, HTC, LG and Motorola to the biggest fish – Samsung. It’s interesting that weeks after the launch of their own Gear 2 and Gear Fit products, that Samsung has joined the crew. Of course we haven’t seen any products announced from Samsung that run the Android Wear platform, but given the original Galaxy Gear was ‘upgraded’ to run the Tizen OS of the Gear 2 and Gear Fit, then it’s possible they could update these devices, so perhaps we have seen their first Android Wear hardware?

Android Wear is going to bring some great products, and of course some not so great products. But with Android, that’s the beauty of it, we’ll end up with a choice, so bring on the options. This winter (summer in the US) will see the launch of the Moto 360, and reportedly the LG G Watch,

I can’t wait to see more on both of these and see where Google will take us with Android Wear beyond the watch.

Awesome writeup (an original analysis not just a copy paste job from other sources like some sites do). You’ve got the nail on the head with SlickLogin – instead of getting an SMS for the two-factor authentication code, instead your Android Wearable will get sent the sound code that’ll be picked up by the mic of the computer or other device you’re logging into. Brilliant.

Bit early claim victory with it. We don’t know how they are going to use the LCD which will most likely be a pain on a watch. We also haven’t seen what other manufacters have come up with yet.