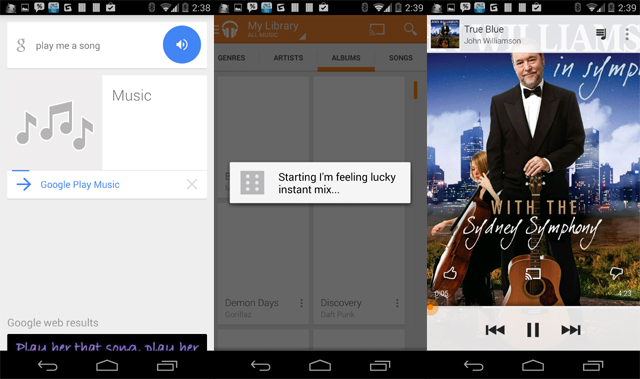 There’s been quite a lot of movement in the development of Voice commands in Google Search/Now recently, first with multiple new languages packs being added which support the ‘Ok Google’ commands, and then voice commands that load the Camera to take a photo or video, now Google Search can load up a music mix for you on the go.

There does not appear to have been a Google Search update to add this function, so it’s most likely been added through a Google Play Services update which Google of course has greater control over for all devices. The function is quite handy if you’re about to go for a run and don’t want to mess about with making playlists and trust Google to come up with a good mix from your music selection.

What does Google play for you? Oh, yeah, about the title pic, if you don’t like John Williamson – Come At Me Bro!