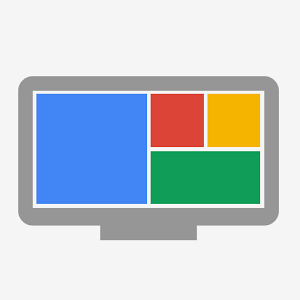 With the release of the Chromecast (ok, GoogleCast) SDK and the expansion of Chromecast availability outside of the US beginnning in earnest, Google or at least their Chrome Experiments division has finally gotten around to making Photos available on Chromecast, by introducing – PhotoWall.

Rather than shooting your photos to the TV from Google+ (Which would be AMAZINGLY usefule), it’s more aimed at local content, with the ChromeBlog explaining that PhotoWall is for use with your laptop, phone or tablet – only iOS and Android apps exist at this stage but that wording seems to indicate a Chrome extension coming soon. Photowall lets you and your friends/family send photos to the Chromecast connected TV and then creates a YouTube video of your Photowall that you share.

Unfortunately we don’t have Chromecast available here in Austalia – yet. So Google have advised that you can still check the experiment out by using your laptop :

If you don’t have a Chromecast yet, you can still check out the experiment by selecting the option of setting up your Photowall on your computer screen.

The Photowall app is now live in Google Play. It’s from ‘Google Creative Labs‘ a new Google Developer in Google Play, so keep an eye on them for future releases. Head over to Google Play and download it and start experimenting on either your laptop or your imported Chromecast and fingers crossed we’ll be able to buy them locally soon.

The app was not found in the store. 🙁
Go to store Google websearch
Source: ChromeBlogGooglePlay.