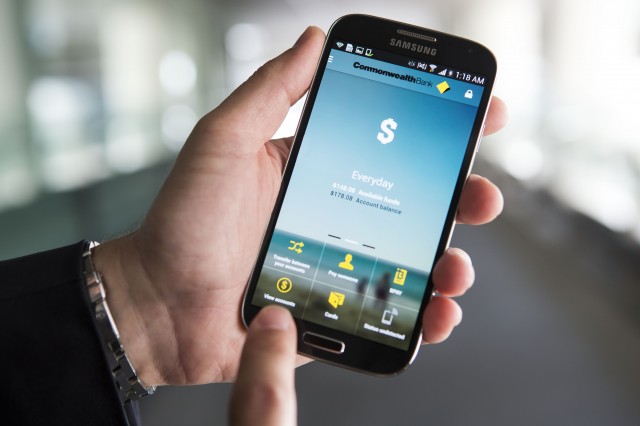 Many Samsung Galaxy S4 users of the Commonwealth’s CommBank app are facing a problem of the app’s Tap & Pay feature, which utilises NFC for touch payments, no longer working after updating their devices to Android 4.4.x. Having personally come in contact (haha, puns) with the issue, I can confirm that regardless of the firmware’s region, if you update to Android 4.4.x and have to re-install the app, you are likely to face errors each and every time you try to set up Tap & Pay once again.

There are many posts on the Commonwealth Bank’s community support forum raising the issue, with the official response being that it was initially a problem facing Telstra firmwares, but is now being looked at by their development team. Nothing has been heard from the bank just yet as to how they’re going to fix the problem for users, especially when a lot of the devices in the country are being updated to Android 4.4.2 by our telcos.

This news comes right on the heels of Westpac announcing that they will be bringing — hopefully working — touch payment to the Galaxy S4 and Galaxy S5 next week with it’s new app.

Got this brochure today and the girl assured me that tap and pay would work with my nexus 6, haven’t been able to test it yet but fingers crossed!

Can’t wait until we gets the NFCs payings for the HTC One (m7). Such keen. Very pay. Wow. Many transact.

Ditto for me too.

So you guys flashed a kk rom or receive ota upgrade?

I am ota upgrade.
The problem is with the app. When I call help line, the told me that their app doesn’t support 4.3 yet.

S4 got KitKat in Australia? I’ve got noon carrier branded international version. No 4.4 yet 🙁

Westpac is going exclusively with Samsung as well for NFC?!? This is f%$&ing unbelievable.

To provide some context here, contactless payment requires use of a secure element to validate purchases and store your card information. Lots of phones have them, but access is locked down by the manufacturer so only trusted parties can use it.

The other option is to use a secure element on a SIM card (this is what Vodafone mooted with their payment thing, but they’ve been silent since launch).

This is why you’ll see banks having to partner up with either a carrier or a manufacturer, in order to get access to a secure element.

It was that they way Westpac announced it they were going to be supporting all android devices… hopefully Samsung just provided the quickest support, but they do hold a good market share so they would have been an obvious choice to buddy with.
Doubt my GNexus will get support… so will this influence my purchase decision this year…

Poor CommBank, they need to get there developers working on updating their apps to newer android versions before the update are rolled out.

This is exactly right..till Android phones get to Android 4.4 which brings in Host Card Emulation. This will do away with the need to access the Secure Element to store credentials. Such is the case of providers such as Cuscal.

Exactly. Android 4.4 had been some for quite some time now. Indeed the Nexus 5 has been ready and waiting for someone to take advantage of its NFC capabilities. What it’s really all about is Samsung paying big bucks and locking down exclusive deals with the banks.

At only 5.3% Uptake on Android 4.4 so far and that wouldn’t be a majority of the Australian market, it’s hard to be harsh on banks for not investing in the HCE tech that allows for transactions.
Wait and see which banks begin using Cuscal and maybe think about a switch…

It’s 5.3% now but that number is only going to keep increasing. KitKat HCE is the future of Android NFC so why wouldn’t you develop for it? It’s been around for six months now which is quite an amount of time. Samsung is tying up exclusive deals at the expense of the platform as a whole. It’s happening with the banking sector, the television industry, and it’s even happened with major apps like Twitter. Surely as an advocate of Android this must concern you. If I switch I’d simply be doing exactly what Samsung wants. That’s the whole point of… Read more »

I haven’t seen anything to say Samsung is actually tying up exclusivity on these deals, more allowing CommBank access to the Secure Element. It’s more up to the other manufacturers – HTC, Sony, LG etc to approach banks at this stage. It’s a concern, but, well, not much we can do about it. There’s no official statements from either Samsung, nor banks (or Television services) saying they’re having exclusive arrangements, but it is obvious. But again, not much we can do. The fear with Android updates is that in the past they have been incredibly slow to rollout. With that… Read more »

Ah, I didn’t realise you were suggesting I switch banks – although that’s not really feasible for me at this point in time. Hopefully Cuscal can gain some traction but I’m not holding my breath. Samsung and Foxtel definitely have an exclusive partnership. You’ve only got to look on their official forum where a Foxtel representative has said “It’s no secret that we have a close working relationship with Samsung, they have been a partner of Foxtel’s from our first tablet application for the London 2012 Olympic games.” The same goes with Twitter when an official, tablet optimised app was… Read more »