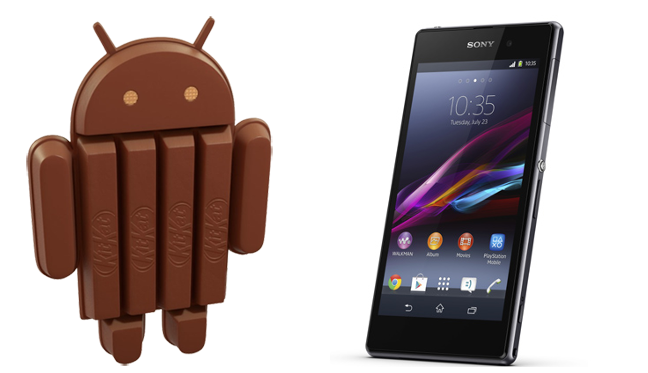 Last month we saw Sony starting to roll out the Android 4.4.2 (KitKat) update to the unbranded Xperia Z1, and now it looks as though the carriers are finishing their testing and are starting to roll out the updated version to their customers. According to their respective update blogs, Optus and Telstra customers should start to see the update now if you haven’t got it already.

Keeping with the standard Android KitKat, Sony have also added a few little tweaks to the UI to be more intuitive and easily customisable. Sony have also updated their native applications to improve the overall experience that users receive, where apps like email, messaging, calendar, etc. have greatly improved navigation functionality. You can read more about the changes that have been included in the update over at the Sony Mobile blog.

Have you got the Kitkat update for the Z1? What are your thoughts on the changes?

I know this is an aside but any word on the z1 compact update?

However, there is a rare bug that routes audio to the headphone jack in certain instances meaning you hear nothing when you’re making a call for example. Not sure if this effected the Z1, Z1 compact or both. Sony have issued a new update to fix this. I think the current Telstra update is the buggy one.

I have an unbranded Z1 and getting this problem. No update on pc companion though. Do you know when fix came out

The updated version was supposed to be released in the last few days in some countries, mostly European ones. I haven’t seen anyone post it on XDA yet so it must be trickling out slowly.