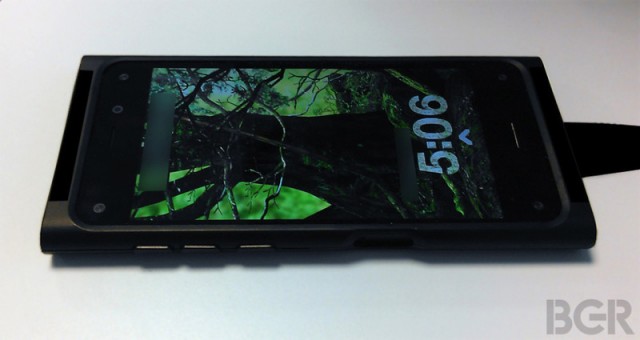 Only a couple of days ago, we heard reports coming out of the US, that Amazon was definitely working on its own Android smartphone. Amazon plans to release the device later on this year through its own website. Overnight, reports on the devices specs and a picture of the actual prototype have leaked thanks to a scoop by BGR.

The prototype, shown above, has been given the codename “Duke” and will run Amazon’s Android-based FireOS according to another report from TechCrunch.

Based on the reports, Amazon’s Duke will include the following specs:

Whilst the specs are somewhat basic and vague, it does help to fuel the rumours of an Amazon smartphone. These rumours, circulating since 2012, are only growing in intensity now. We will have to see what the company announces prior to a ship-date in September this year, according to last week’s Wall Street Journal report.

Would you like to see an Amazon Android Smartphone Device and would you consider purchasing the device when it is released to the public? We would like to hear your thoughts below

looks like lumia 800. the first nokia win phone, and the buttons are oddly placed