The Nexus 5 is easily one of the most moddable mobile devices out there. Everything can be unlocked with minimal fuss, and there are more custom ROMs than you could count. Most of the ROMs that are available though, are based off AOSP or one of its derivatives. OEM-specific ROMs are usually pretty-well locked to the handsets made by that OEM. For example, you don’t see Touchwiz ROMs for HTC phones, or vice-versa.

It’s interesting then to see this morning that some enterprising developer has managed to get a Sense 6 ROM up-and-running on a Nexus 5. And what is surprising is how much is actually working. The developer is emphasising that the ROM is very much in an alpha stage, but apparently the touchsceen, SIM card, SMS and phone calls, WiFi, internal storage, vibration, bluetooth and the various sensors are all working fine. I guess it helps that the HTC One M8 shares the same Snapdragon 800 system-on-a-chip as the Nexus 5.

If you’re feeling adventurous, or just getting a bit bored of the stock Android look and want to see what’s so great about manufacturer UIs, download the ROM from the source link below. I’d like to repeat the developer’s warning though: this is an extremely alpha ROM and should not be used as your daily driver. You could break your phone.

Source: XDA-developers.
Via: Android and Me. 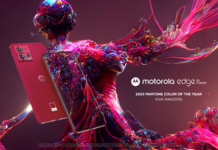 If I had a Nexus 5, I would probably consider this. I liked using close-to-stock with CyanogenMod on my SGS1, but I have grown quite fond of the newer Sense skins (could never stand TouchWiz though).

Isn’t the M8 based on the snapdragon 801 chipset?

Yes, but the 801 is VERY close to the 800, being mostly clockspeed differences rather than whole new architectures (I believe).

that looks nice, but still prefer stock with themes 🙂