Yahoo has been busy updating the Android app for its Flickr service. The new app is now offering improved sharing through Dropbox and Google+ (something which has been seriously lagging with Instagram) but in addition to this, the update now brings Instagram-like filters and in-depth editing tools.

There is also a new feature which enables users to view each photo’s metadata, including which camera an image was shot with, aperture setting and more.

However there is a small downside to the new update. Where previously you could sign into the app through Facebook or Google, this update eliminates those two options. Personally I don’t mind this but I certainly am annoyed its another account I have to remember my details for! 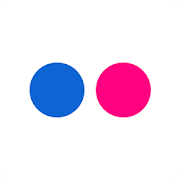 All i need is the auto upload feature, so i can use my 1tb properly