Home (Legacy - Do not use) Design Samsung Galaxy S 5 — Review 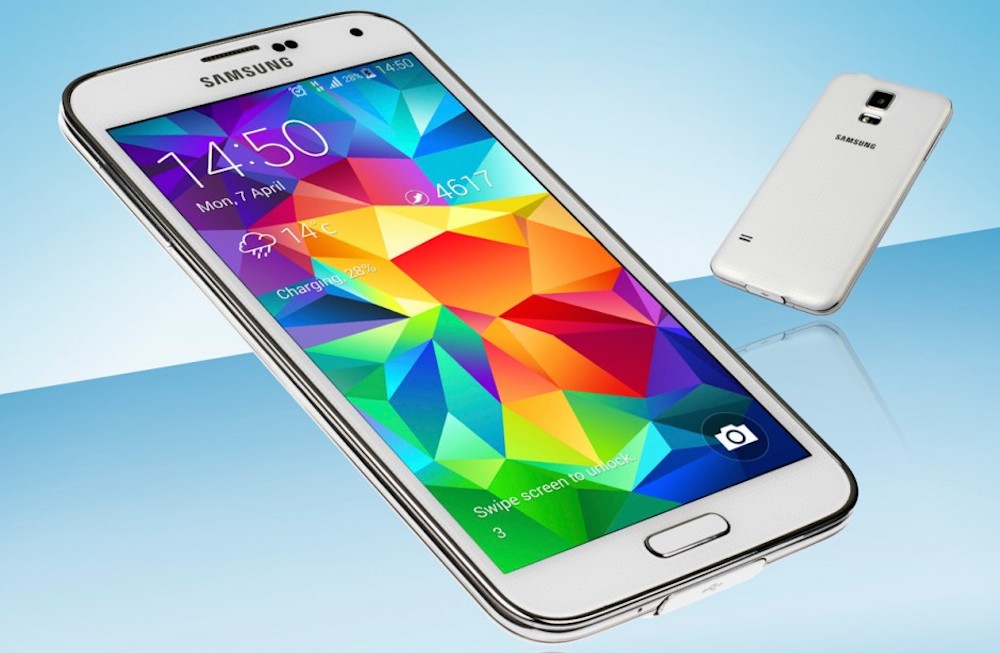 This is what makes me a curious choice to review the Galaxy S5. You see, I don’t really like Samsung phones. I’ve used each iteration of the Galaxy S family from that device itself through to (now) the Galaxy S5, and with each iteration, I was less and less satisfied. TouchWiz became more and more overbearing, to the point with the Galaxy S4 that I just couldn’t handle it anymore, and swore I’d never use nor own a Samsung mobile device again. Ausdroid’s Galaxy S4 was in my hands only briefly before the interface and battery life caused it to leave my life for good.

It’s a tough position to have taken, because as a tech journo, I really can’t have that kind of bias against one of the largest manufacturers in the Android space. It’s also complicated by the fact that both I personally, as well as Ausdroid, have an excellent working relationship with Samsung and their PR firm in Australia. I love working with them, but I don’t really love their flagship products.

By the time the Galaxy S5 review device arrived at my office, I’d already played with the HTC One (M8) and decided it would be the 2014 phone for me. It’s with this background — an existing dislike of Samsung’s developments in the Galaxy S line in particular, and having already bet on my winning horse — that I undertake this review.

I think that the (unfair) accusations of bias have a lot to do with the fact that the review is quite candid with personal opinions and previous experiences. It’s a problem with perception, rather than reality. But IMHO, there are limits to how much personal opinion and previous experience should be explicitly discussed in a review. I realise that reviews are inherently subjective, and it’s good to know where a reviewer is coming from. But a reviewer is writing not just for themselves but for all people; beyond a certain point it gets in the way of writing for all… Read more »

Ausdroid reviewer, you can learn a thing or two from this man.

‘If you’re a power user, if you appreciate beautiful design and you want a premium looking (and working) phone with zero perceptible software lag, and if you don’t mind the slightly-less-than-powerful camera, you would be better choosing the HTC One (M8).’ why r u recommending m8 in s5 review…..

Simple. In those aspects — premium look, zero lag — the M8 is a superior phone. Why wouldn’t we recommend something we perceive as better? Ausdroid reviewing the S5 is not an advertisement for Samsung; we’re not paid to review handsets. We offer our opinion, and we know that a lot of people will want to choose between the S5 and M8… it only makes sense to compare.

Agreed, but u could also recommended nexus5 why only m8

Great review Ausdroid. The accusations of HTC and Ausdroid partnering up is absolutely pathetic.

Great review, thanks. Smartphones have become such a personal part of many of our lives that it makes total sense to unfold a personal journey with the device along with the technical account – and it makes for much better long-weekend reading!

Although the contrast with the M8 was part of that journey, some of the comparisons seemed to me a bit forced e.g. the saying the battery is “just 200mah larger than the HTC”. While that’s a relatively small percentage difference, a reviewer could also probably describe that as ‘significantly larger’.

Some of the comparisons, like the piddly difference in battery capacity, probably didn’t need mentioning. I’ll concede that 😉

why the hate on using the notification shade space for having some useful toggles? I have a few xposed moduless on my n5 and its quite similar to the samsung one. I wouldnt have it any other way.

It isn’t so much the toggles that I didn’t / don’t like. It’s that they are as big as they are, that s finder and quick connect take up as much room as they do and can’t be removed, and that the brightness slider is always visible. I’m a fan of quick toggles in the second notification tab, but a single row atop the normal shade is fine if they’re implemented well.

You *can* remove the brightness slider from that drop-down on my Note 2 – you tap the ‘windows box’ to open the chooser, then tap on the ‘edit pencil’ icon at the top to modify that and other stuff. Not sure if it’s the same for the S5…?

Yeah, that option is there. I find the Brightness slider useful so I’ve left it. I’d love to be able to remove S Finder and Quick Connect though.

Wow what a terrible review. This felt more like a roasting of the S5. When I was in the Telstra store demoing the m8 I noticed that ausdroid was one of the sites you can select in BlinkFeed. Ausdroid and HTC clearly have a partnership going.

We have no relationship with HTC. We were invited to become a Blinkfeed partner by their content provider — Mobiles Republic — but we’re far from beholden to HTC. If you actually read the review, like actually follow what I said, and the conclusions I reached, I’m actually satisfied (very much so) with the S5. So much so that I’m continuing to use it in preference to the M8 as my daily phone for now. I wouldn’t do that if I was beholden to HTC and determined to rubbish everything else. I’ve been reviewing phones for over four years now;… Read more »

Oh, and in the interests of disclosure.. This lucrative deal you think we have because we’re in Blinkfeed? Seven bucks a month in banner revenue is all it amounts to.

In other words, nothing. Why? Because they don’t even pay until a threshold is met, and we’re not likely to ever meet it.

Blinkfeed is great for us to be featured in, but it’s far from HTC buying our voice. What a ridiculous suggestion.

Ausdroid and HTC are in bed with each other. History has shown that Ausdroid doesn’t get along with Samsung.
This is the reason why I don’t take Ausdroid review seriously.

Hahaha. You have no idea. Our relationship with Samsung is probably better than with HTC, and just because I personally don’t like Samsung’s handsets all that much, doesn’t mean they aren’t popular with the team, and doesn’t mean that the S5 got a crap review. Like I’ve said elsewhere. Read the review — it’s positive overall.

I have had my S5 for one week now and I’m finding quite useful apart from being a phone. I have tuned it to change channel on my foxtel as well as my TV. I don’t believe the battery is as good as what’s being mentioned, I like the camera. .

The battery varies wildly. After a few days it settles into easily managing a full day provided you don’t smash it too hard.

The battery being all over the place sounds more like the typical conditioning phase of a brand new battery, Chris.
But with it still not yet managing to last a day’s serious use, that has me wondering just how long will it take to settle to its proper run time.

Samsung phones generally have good battery life. Whenever I hear people complain about how their phones battery sucks…a lot of the time its because they dont know how to maximise it. I’m not saying everyone has to be a battery guru…but for those that sit with their phone screen on maximum brightness even while inside…constant FB usage and all sorts of other constant syncing and push notifications and gps, bluetooth and wifi always on even when not using…I feel like smacking them in the head. Its the same with most every device. And quite often which can’t be bothered when… Read more »

Thanks Chris. I understand that battery settles , I’m a very low user of the battery. the first few days the battery was awesome . but after nearly 1 week I’m disappointed in that yesterday it took 3-4 hours to charge from 10%.and not using it all day and the next morning the power was down to 54%. what also annoys me is that IN the USA they get the USB 3.0 cable and charger and my friends tells me the charging is about 90 minutes. I guess we don’t have the population s the States so we get the… Read more »

Thanks for being so explicit in your bias. Other journos could learn a lot.

also looks like always on voice (Hi Galaxy at lock screen) is also disabled for us.

Learning that the S5 is causing lag to the third party OSK, SwiftKey, is somewhat concerning.
What are Samsung doing behind the scenes to drag down performance so severely?

Well were to start off. First would be touchwiz or whatever they call it now, all those health eccentric features would cause lag as from the demo I played, it was shocking. Kept wanting to check my health, Blood pressure etc. If I wanted that I would go to my GP or Emergency (which is where I generally end up – due to my disability sadly). Put all those health things on the Gear I say, not on the phone!!

Galaxy S5 Vs Nexus 5 comparison is a bit unfair. The S5 was taken whilst shaky and the Nexus was still.

The Nexus 5 takes better pictures in low light, especially if you use HDR+. I have both phones and I’ve tested it on different subjects. In better light the GS5 is significantly better. I’d like to get a hold of an M8 to compare at some point. Although what I’ve seen of the M8’s camera is unimpressive, lacking dynamic range and blowing out exposure in both dark and light environments. I do like the U Focus results though. The LG G2 is also something I’d like to try at some point.

Camera shake isn’t the issue.
Screwing up the light levels is. In that particular comparison, the S5 pic was brightened too much, and as a result is washed out of detail.