Home Mobiles Catch of the Day having a Sony Xperia Z, Z Ultra...

Australian bargain site Catch of the Day is having another sale, The sale began Tuesday and ends this afternoon (Wednesday 23rd April) at 3pm AEST which includes the Xperia Z, Z Ultra & the Sony 32GB Micro-USB storage drives.

The first up is Sony’s 2013 flagship, the Xperia Z, which is available in purple and white for $419.95 + shipping – a decent discount given the age of the device (it’s a little over a year old and it’s due for an update to KitKat).

» Xperia Z review
» Buy: black only available, purple is listed as sold out 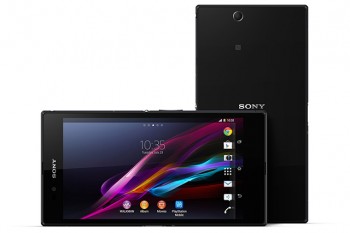 Next up, is the Xperia Z Ultra. This phone was Sony’s entry into the larger screened ‘phablet’ market. Offering similar specs to Sony’s Xperia Z1 with a less featured-packed camera, fronted by a huge 6.4 inch screen, it’s going for $569.95 + shipping and is available in black or white. Remember, Catch of the Day is a first-come-first-served model, and there are no guarantees any of these items will be left in stock by tomorrow (or by the time you read this). If you’re interested head on over and check out the bargains.

Did you find any other bargains in COTD’s other sales? Let other readers know in the comments!

Source: Catch of the Day.

Yep, personally I bought one of these.

A, it is nice to know my opinions are so enjoyed.

The dull reality is I was busy for the bulk of the day dealing with a funding application for the community housing group I am vice president of. I didn’t get home till after this COTD had closed.

In terms of the Sony microUSB drives, do they have USB OTG built in?

If they didn’t why would they sell these?

Sean Royce
Reply to  A

“These are just ugly, and ridiculously over priced! i will never purchase a Sony product ever again!”