Less than a week after announcing their first phone to the world OnePlus have had to come out on the defensive over the controversy surrounding their owners/investors. Ever since OnePlus was first founded, CEO Pete Lau, a former VP at Oppo, has had to defend his company continually stating that OnePlus was a totally separate company to Oppo. 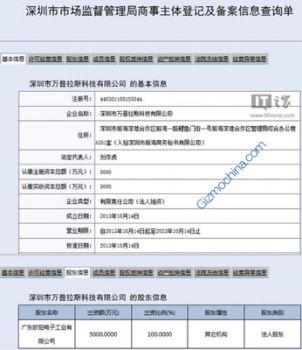 A lot of people have speculated on the OnePlus forums that OnePlus is just an offshoot of Oppo saying that OnePlus lied to their followers when stating their origins. How that matters I am not sure but it would certainly garner good publicity a new company if they were the underdog, looking out for the little guys (us) building a flagship phone for us at a ridiculous price. Then there was the fact that Oppo was the company making the OnePlus One, and the OnePlus One looks extremely similar to the Oppo Find 7, both in design and specs. 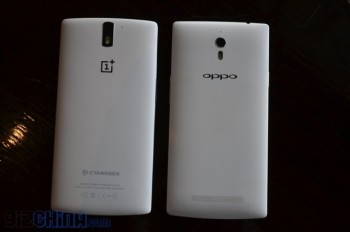 OnePlus have addressed this in an email to Gizchina:

“We understand the confusion as many people are just finding out about OnePlus. But as we’ve said from the beginning, OnePlus is a separately run company that does share common investors with OPPO.
One of those investors is OPPO Electronic. OPPO Electronic is an investment company and is not the same as OPPO Mobile. OnePlus is also in talks with other investors.”

Sounds awfully suspicious to me but it doesn’t hide the fact the OnePlus have managed to produce a phone that promises to be a flagship killer at less than half the price.

The OnePlus One was under the Z1, yes and we will show it to you later this week

Apparently they are unable to get their hands on the Z1 until now to prove the photo was real. 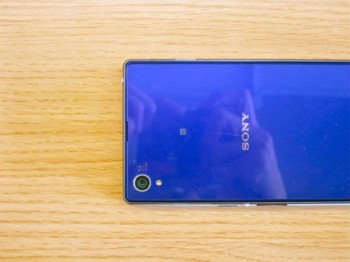 Early on a mystery battery tech was also promised“And just to be sure, we’ve developed what we’re calling “Mystery Tech” for right now, to enhance and boost the user experience”. This was not mentioned at all during the announcement last week and with respect to this they replied:

Regarding the mystery tech, it’s still under development (software).

Whether this will ever materialise is an unknown variable in the whole situation. Everyone thought the mystery tech was going to be the fast charge that is present in the Oppo Find 7. It appears not. A disappointment in my eyes.

In yet another controversy they have announced that people can apply to smash their old phone (only for select phones) in return for a 16gb OnePlus One for only $1, weeks before anyone else. Unfortunately many followers went ahead and smashed phones before reading the terms and conditions. Only those selected will get this $1 OnePlus One. OnePlus forgot the general stupidity of the general population when announcing this competition but I think it is hardly their fault. You can’t regulate or predict some people’s stupidity.


One thing for sure is that they have produced what promises to be an amazing phone at a ridiculous price, no matter what marketing they did before and no matter who financed its production. Does this really matter to anyone?

Which thread? Do you have a Link? Still haven’t said anything to us. Strange.

Unsure why ownership of the company matters? Had they stated directly at any point “we are not Oppo”? Not really sure if or why that was ever relevant. We’re they a kickstarter project? If not I’m at a look to understand and of this ” misleading ” they have done

It matters because ownership of a company says who actually runs things. The claim that the ownership of OnePlus by OPPO Electronics makes it separate to OPPO Mobile, has the same lying stench found in Telstra’s claim that BigPond was a separate company to Telstra. Looking at the Wikipedia page for the OPPO Electronics Corporation, there are only two listed subsidiary companies. OPPO Mobile, and OnePlus. Learning that OnePlus is in reality another brand name for OPPO Electronics Corp, kicks the thought that OnePlus is somehow an independent ‘underdog’ newbie, straight out the window. How will learning of the lies… Read more »

I see. So the “issue” is that they marketed themselves as “independent ‘underdog’ newbie”. Well I guess that’s fair enough. I must say, if you’re looking to buy a phone based on the manufacturer being “independent ‘underdog’ newbie” you probably won’t be getting something with the specs of the One+1 and you should probably go back to posting Instagram photos of yourself drinking chai latte while using your typewriter in a park from your iPhone

They got a lot of hype and marketing because they were a small startup coming to show the big guys how its done. If it had been Oppo doing this it wouldnt of had the same effect as they are essentially one of the big guys.

People are making a big deal about it imo. It was pretty obvious they had a relationship with Oppo from the beggining, its just been confirmed now.

People smashing their phone is the bigger controversy. That needs to be out there more because that is terrible.

There is actually merit to the difference between Oppo Electronics and Oppo Mobile.

I see stores with the Oppo brand in their windows, but they sell Hifi / Audio / Home Entertainment equipment (and are getting annoyed at me asking them to order a Find 7).

OnePlus says Oppo Electronics is an investor, and I think until something happens that makes us question that, we should take the claim at face value.