Home News and Editorial The OnePlus One Release Timeframe Announced? The OnePlus One has certainly had an interesting introduction to the world. First it was the social marketing of OnePlus taking a dig at other manufacturers, then the slow, drip feeding of the specs of the device, resulting in a backlash over the Snapdragon 800 that was originally planned for it (later changed to an 801 without any announcement), the announcement of only 16 countries that the phone will originally be released in (none of them being the best country in the world, Australia), the plan to offer phones via invitation only, the apparent misrepresentation of the size of the device, and the lack of a release date, the Oppo investment/ownership controversy. Phew that’s a lot! But you know what? A LOT of punters out there still want a OnePlus One.

The good news for those hoping to get their hands on one is that today via their forums they have announced upcoming availability. It seems that for the first month only the 16GB Silk White version will be available and even then only in limited numbers. It seems that OnePlus underestimated the demand for this phone. Not sure how they didn’t realise they could have a hit on their hands. A phone with flagship and better specs, running a specially developer CyanogenMod rom, at a price of less than half other flagships? Sounds like a winner to me. They said:

…we realized that far more people wanted the One than what we originally anticipated. Over the past few days, we have been frantically adjusting our production schedule to make sure that as many people possible can buy the One, as soon as possible.

They also have realised that a lot more people want the 64GB than do the 16GB and will adjust their production accordingly. Stock of the 64GB Sandstone Black model will arrive in early June, and by the end of June anyone who wants a 64GB should be able to purchase one after finding an invite somewhere. Yes, it seems they are sticking with the invite system. There is still no update as to how the invite system will work but from their statement it seems that anyone who wants an invite will have no trouble obtaining one by the end of June. The production schedule is as follows: 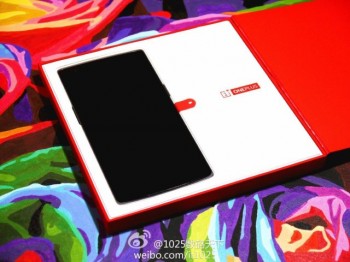 In other good news OnePlus have also posted on their forums that anyone who wants a OnePlus One will be able to get one, as long as they get it sent to one of the 16 release countries.

When I said we will limit the invites, I meant that we will deliver only to one of the 16 countries, you can buy from anywhere in the world as long as the shipping address is in one of those countries.

Good news for us Aussies as it means their will be no impediment for us purchasing a OnePlus One, getting it shipped to a mail forwarder in the states such as Comgateway or Shipitto and from there to us here into our pockets.

Well, I for one am going to wait for an invite and even wait till June as i am dead keen on the 64GB version. And don’t forget to factor in the ubiquitously notorious OZ price mark up on mobiles. I think you will be saving a bundle by buying from overseas even with the freight forwarding costs -vs- the likes of buying from mobicity etc. even if you could……

some of the comments from Lau are just plain odd: “you can buy from anywhere in the world as long as the shipping address is in one of those countries” why go to the lengths that they have to create a cheaply priced product & bleat about customer service, only to then leave delivery of the product in the hands & mercy of other people who’ll no doubt charge a premium. and my personal fave: “people who want it should be able to get an invite without much trouble in June” if the invite system was created to make an… Read more »

lol. Google translate is always accurate though isn’t it?

Seriously though, I hear they are having grave regrets about implementing the invite system. Maybe this is their way of saying it won’t affect anything…I doubt they’ll go for an invite system next time, assuming there is a next time.

16gb doesn’t interest me at all. Hopefully if the 64gb 1+1 is a hit other manufacturers might start making 32gb and 64gb variants the standard.

considering OnePlus have said the 32GB costs the same as 64gb to make why do companies even make 32gb phones? Am i missing some hidden cost saving move?

If Joshua’s ideas did become the standard, it would not be about cost saving during manufacture of the 32Gb versions, Scott. It would be profit making on the 64Gb variants, which would be given spurious and artificial grounds for being more expensive than the 32Gb versions.

Invite only to the foreseeable future (late June) screw that, I was hoping to at least be able to get it from clove or mobicity the invite system writes that off. Mail fwder for a $400 + order is to much of a gamble for me.

i suspect mobicity etc will be able to get them- this mob here will ship to Australia, and apparently are a reputable site: http://liaow.com/onepluslist.php Apparently the chinese version is not invite only… easily flash CM onto it..

No gamble at all on mail forwarders. I use them all the time.

Does that mean if i get spare invites you don’t want one? 😛

The invite system, and the limited release countries is utter garbage.
The device was hyped globally. They need to make it available globally. No artificial limits on obtaining it.

Have to agree with you there Jeni. Unfortunately it seems they don’t have enough stock for even those countries! maybe they thought it was going to flop? Seriously, a flagship phone made by oppo, with highest end specs running a custom CM at a super cheap cost, of course its going to be in demand!!