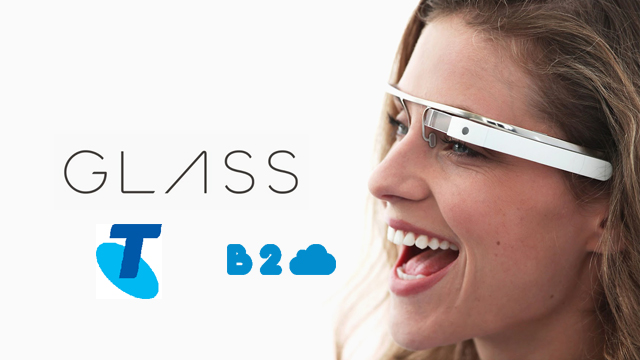 Google Glass is an exciting product that we’re all keen to get our hands on, some of us not so at US$1500 + Tax, but all the same it’s a cool product. But it’s not just cool, part of the release of Glass to ‘Explorers’ was to encourage development in ways that even Google themselves hadn’t thought of, and this is what Telstra and b2cloud have been doing.

b2cloud is a Melbourne based Android, iOS and now Glassware developer, they got their hands on Glass through the Glass Explorer program and approached Telstra last year about developing Glassware. Telstra has already been working with Glass, announcing their AFL Glassware, made in partnership with Seventh Beam last year. But their latest Glassware is something different. Telstra has been trialling Glassware with two of their employees ‘to show what’s possible using the emerging technology of Google Glass to support those who are vision or hearing impaired’.

Two Apps have been developed – the first helping vision impaired users to receive audio descriptions of objects in front of them. The second is to help hearing impaired users to transcribe speech onto a phone or laptop and displaying it on the Glass prism display.

Two Telstra staff have been involved in the trial – Kelly Schulz and Peter Miller who’ve been using Glass with the above Apps to help them in their daily lives. Telstra has put together a video showcasing their use and telling their story :

Telstra is already heavily committed to technologies that help people living with disabilities, Glass and I’m sure other wearables are just another step on that path. It would just be nice to know when Google will release Glass to the broader, global public to be able to utilise these technologies to help them in their daily lives.

With the creation of these apps, Google needs to get properly organised and release Glass, globally, now.