Usually, a manufacturer is the last place you look for leaks to occur regarding an unannounced smartphone, but it appears that Motorola was a little sloppy on their Moto Maker site overnight. Someone in the web team left a little easter egg accidentally on their site, confirming earlier reports from @EvLeaks that the follow-up to the Moto X would be called the Moto X+1.

The picture has now been removed, but has been copied down for all the internet to see : 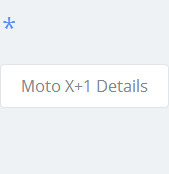 Motorola have a new phone coming – possibly two. There’s an event scheduled for May 13th, where they’re expected to announce a low cost Moto E, and later this Summer (Yes, Winter here in Australia) they’ve previously announced they will be releasing a replacement for the critically acclaimed Moto X, which we expect to be called the Moto X+1.

Comments on naming conventions aside, we really hope that Motorola decide to release the phone worldwide, or at least in Australia in a timely manner.

A little bit of algebra.
It’s not the One + One, obviously.

So where’s the picture?