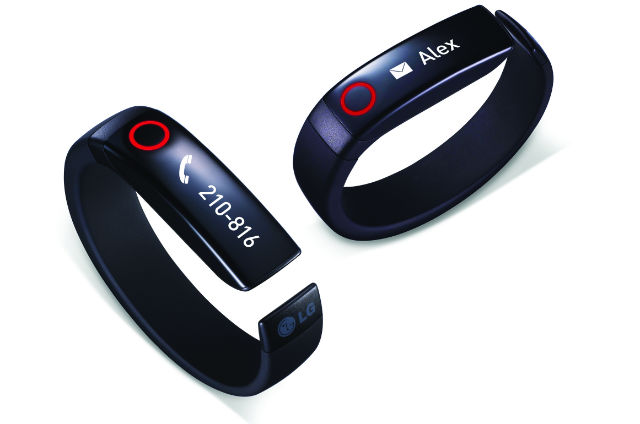 LG has finally announced that their Lifeband Touch, the wearable they announced back at CES in January will begin selling in Australia at the end of this month.

The Lifeband Touch features a stylish design with an OLED display which switches on when you swipe the screen. The screen automatically turns on when you rotate your wrist. As well as showing the time on the band, it’s also a smart activity tracker, which uses an in-built 3-axis accelerometer and altimeter to measure distance, speed, number of steps, calories burned and projected pace.

As well as activity tracking, the OLED display can also show you notifications such as missed calls and texts and other alerts you can configure from a compatible smartphone. The Lifeband Touch will work with phones running Android 4.3 and above (or the LG G2 on 4.2) and iOS 6.1 devices.

There’s a downside though, the Lifeband Touch will in theory monitor heartrate as well, unfortunately you need the LG Heart Rate Monitor Earphones and those aren’t coming to Australia – time to look at importing.

The LG Lifeband Touch will be available for $199 from Harvey Norman, JB HiFi, and Bing Lee later this month. We really are looking forward to reviewing this one. Good spot, Baz. Nonetheless, it’s a nice looking watch/band/monitor and I’ll be interested to read what ausdroid will have to say about it.

Great work at spotting that design bug, Baz.
🙂
The display on the device is oriented for sticking your arm straight out in front of you, and not how most folks would hold their arm, across their front.

The Gear Fit had the same issue until Samsung released an update to allow the orientation to rotate. LG can probably do the same.