John McAfee, the one-time founder of McAfee Associates, and one-time wanted man in Belize (pictured above), formed a new business in 2013 called Future Tense Central with the goal of working on new security applications (funnily enough). One of the fruits of the FTC tree is a new app/service called Chadder, which is now available to Android and Windows Phone users, with iOS users catching up soon.

Chadder is fairly simple, and it has but one goal: to secure your private messages to ensure they can’t be read by government agents or anyone else you might intercept your communications. As an early release, there’s not much running outside the core functionality, but it seems more will be coming.

The process to get involved is fairly simple; users can create an account using only a username, email and password, though profile information can be provided later to allow your friends to find you more easily (if you don’t give them your username…). Because we weren’t very successful in getting Chadder working amongst ourselves, you’ll have to settle for a demo video showing how it all works:

There’s not much public information about the security aspects of Chadder as yet, which is not really surprising considering the ‘early beta’ stage that it’s at. No doubt this will come in time.

If you’re keen to give it a shot, try the Play Store link below, with a good measure of patience. 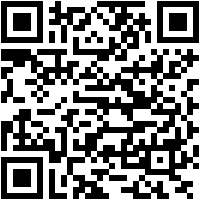 If the encryption code is not open source, you’ll be giving HIM your “private” communications… and he’s probably done a deal with the Feds…

He looks like the right kind of guy to go directly drumming up business with the target audience… he could get on the phone with Russian Mafia, Mexican Drug Lords, Al Qaeda, End-Of-Days US Militia groups and so on. Have a friendly chat and get investors and customers.

Yeah, on the other hand, trusting my communications to a drug-addled lunatic who claims that he was chased out of Belize for spying on it’s officials (and/or home-brewing meth) does not seem like a great idea.

What a character. He has an awesome video on how to uninstall McAfe antivirus.