For all the Xposed users out there it was a bad day when the popular module for GEL settings was rendered useless. But in the latest update the bug was fixed.

Google sent out an update for Google Now Launcher, which obfuscated the code, which makes it near impossible to hack.  However, in the latest update to GEL settings, the developer has brought back the compatibility.

This is a huge plus, as many rely on the GEL settings module; it improves adds many useful settings so users can tinker and customise (including Ausdroid’s Scott) without forsaking the Google Now Launcher in place for an alternative (e.g Nova Launcher). Several settings it gives include:

Many were upset about the loss of control over their launcher, and now it has returned. Thank you GEL Settings developer! 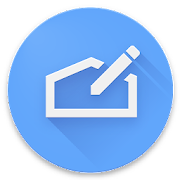 Nice to see the developer has figured it all out… In the new app he says that 99% of the functionality it restored. I cannot find anything missing myself. He also says that in the future he will be able to reverse engineer it in only a few hours (assuming he has time to do it ASAP) after Google re-obfuscate the app.

So a word to the wise everyone, next time Google update the search app do not install the update until XGELS has been updated as well.

What is the source?
Hovering the cursor over what should be the Source link does not give me any link.

Woops, errant comma in the source field rendered it wrong. Now fixed. Thanks.