For those of you who do not follow the custom ROM (Android operating system) scene, you may not have heard of Pie. Well, you may have heard of pie but not in the Android sense. Pie is the use of a section of the side of the display to trigger a pop-up in the shape of a pie. This pie can contain shortcuts, be they navigation buttons, app shortcuts, or any possible Android activity. The ability to customise this pie depends on the app used and the developer’s implementation of said pie.

Bear with me, I know this sounds a little odd.

First there was LMT Launcher, then there was Paranoid Android custom rom team (followed by many other custom rom teams using their source as a base) and this year Gravity Box, the Xposed module. Pie allows the user to hide the navigation bar thus displaying more screen real estate and use the pop-up pie display to navigate through the Android system. It can also allow the user to easily reach the Android navigation controls when they might be difficult to reach at times, such as with a Nexus 7 and holding the tablet landscape. Sounds perfect, but unfortunately each of these methods requires root access.

The activation area of Pie Control can be positioned at the left, right or bottom of the display. To activate the pie you just slide your thumb/finger towards the centre of the screen, starting at the area you have decided to be the activation area. To select a shortcut/button you then just slide your finger to the desired segment of the pie. The activation area can be made wider or thinner, shorter or longer and it’s position along the edge can be moved. The clock size can be changed, as can the battery bar. What I found handy is that you can also have the clock show up in a box, which is a lot easier to read than along the edge of the pie. Unlike some implementations of the pie, Pie Control also allows you to have a second level of the pie, as well as long press functionality. Where Pie Control is different to all others is the possible third row. The third row is for recent apps but this can be turned off if not desired.

Accessibility
Pie Control was found to an extremely quick app, running on a Sony Xperia T2 Ultra produced zero lag, and was even faster after turning off the animations. It is a lot faster using Pie Control than performing finger gymnastics to reach the navigation buttons.

Phablet use is the perfect use-case for this app. Many of us do not have giant hands but many of us prefer the larger screen phones/phablets. To reach the navigation buttons quickly is a stretch, literally. Ever since Google removed tablet mode from the base Android operating system it has been much more difficult to navigate your way around a tablet. Reaching that home button when holding even a 7in tablet in landscape mode can be difficult.

If you are not willing to root your tablet to install other pies then Pie Control is the perfect app for you, as long as you are on at least version 4.0 of Android. It will allow you to put the navigation buttons at your fingertips as well as other shortcuts.

The app is available in an ad-supported free and a paid version. The free version lacks some very minor functionality that the paid version has such as the third row (recent apps), the ability to move the battery bar to the background of the clock, to round the edges of it (which I thought actually looked out of place), and only has a possible five buttons on the second row (paid version has eight possible buttons). The difference between the two was minor so if money is tight the free version should suffice but for less than the cost of a beer ($2.24) you can support the developer and get full app functionality.

Using Pie takes a while to get used to the actions but once you have used it for more than a few days its use can speed up your navigation around the Android operating system. I highly recommend you give it a chance and determine whether this can save not only time but also RSI of those stretched finger tendons. I suspect many of you will find use for it. 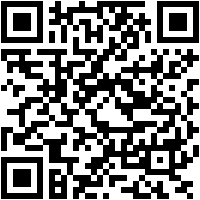 The app was not found in the store. 🙁
Go to store Google websearch
Source: Pie Control.

Been using this for about a year on my Note.

Annoying… I can’t even get to try the app out.
The app is incompatible with my Aldi Bauhn tablet running JB 4.1.2.
Near as I can figure from the screenshots of devices it does work on, this is because of the layout of the combined navigation and notifications bar at the bottom of the screen.

yeah- it’s a mystery to me- i was able to install it on all my devices, including a Sony Xperia T2 Ultra running 4.3 Jelly Bean.

Going to try it on my Z1 compact. Even with the transparent navigation in Kit Kat I want the extra space. It’s only a 4.3″ device so hiding those navigation buttons should make a big difference.

I thought there was going to be an option to hide/remove the default navigation buttons. Unfortunately not, so if you have a device where you can access your navigation buttons easily there’s little point unless you want to use some of the extra icons as shortcuts.

if you root your device the onscreen buttons are easy to remove. just root it then add qemu.hw.mainkeys=1 to the bottom of the build.prop file. reboot.

Thanks, might give it a try on My Nexus 7 first as I recently rooted it. I haven’t done anything to my Z1 compact yet as it’s so new. However, Telstra haven’t released a critical update to fix a sound bug that all other carriers have released. Might be a good excuse to flash a newer non Telstra branded OS and root it.

tl;dr Telstra sucks and I don’t feel the need to root all my android devices these days.

Scott, do any of your devices have a combined nav/notification bar at the bottom of the screen, with the nav controls on the left side, and the notifications on the right side?

nope. My oldest tablet is a nexus 7 2012. i will try to add it later using an xposed module and then try and load the app

Thanks Scott.
It looks like that particular style of tablet nav/notification bar, which first showed up in Honeycomb, makes Pie a no go.