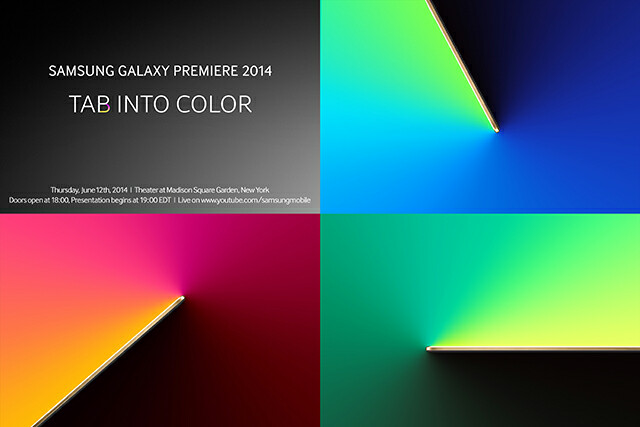 It’s been six months since Samsung unveiled their Galaxy TabPRO and NotePRO tablets at CES, and the usual six month product cycle for phones and tablets decress we’re due some new tablet. The time frame makes this invitation from Samsung to attend an event in New York labelled ‘Tab into Color’ not too surprising.

While the launch of the Galaxy S5 was labelled Unpacked 5, this Tab focused event will be called ‘Samsung GALAXY PREMIERE 2014’, possibly pointing to a premiere line of Galaxy Tab S tablets, which have been leaking recently.

The event is being held at Madison Square Garden, New York and begins at 6pm (8am 13th of June AEST) with a live stream going out on Samsung Mobile’s YouTube channel. Join us for the event, we’ll be expecting some colourful things from Samsung.

Will Samsung launch their Galaxy Tab S line or something else?