The online Android community is abuzz about the tweets by serial leaker Evleaks yesterday regarding the Android Silver program. We have seen this reported before but the details were few and far between. At this stage all we have are rumours although Evleaks has had success with his predictions in the past.

The Nexus program is very popular amongst not only Android enthusiasts but people in general. The enthusiasts are attracted by the promise of a pure Google Android device and its openness for hacking and developing. On the other hand Joe (and Jill) Public are attracted to it for its attractive specs and phone at an equally attractive price. It is for this reason that it seems inconceivable that Google would cease the Nexus program. The tweets from Evleaks suggest otherwise.

Firstly, I believe there will not be a Nexus 6 due to copyright from Philip K. Dick. Remember him? He wrote a book called “Do Androids Dream of Electric Sheep?” in which there were androids known as Nexus-6 models. Google like to keep the price of Nexus devices to a minimum and having to pay a licence on all Nexus 6 devices (assuming they are even allowed to use the name) would increase the cost of Google’s very affordable devices. Price is one of the main attractions to the Nexus devices, especially to Joe and Jill Public.

Google value their developer relationships highly and realise that they need to keep producing developer devices such as the Nexus until they can convince manufacturers to toe the Google Android UI line. They use the Nexus to steer the Android platform forward the way they think it should be and to demonstrate to OEMs how to follow the Android guidelines. How well the OEMs stick to this is debatable and differs from one OEM to another but it shows the Nexus device is there for a reason. Not only that, the Google engineers need a base platform for Android development and GPE devices wouldn’t do the job required as they rarely are built the way Google Stock Android want them to be. 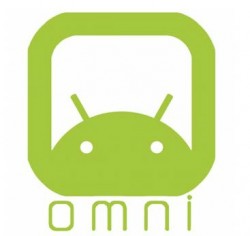 It seems I am not alone in thinking the sounding of the death-knell of the Nexus program is a tad premature. Entropy512 (aka Andrew Dodd), former CyanogenMod developer and one of the founding members of Omni rom, believes that the Android Silver program does not spell the end of the Nexus. He suggests in a Google+ post that the tweets do not contain any negative information regarding the Nexus program and reminds us that the GPE and Nexus program have “lived in parallel” for some time now. He makes a point that if one of the programs has to go why wouldn’t it be the GPE program which is extremely similar to what we believe the Android Silver program will be. I have to agree with him and it makes sense. Why would Google have both the GPE program and the Android Silver program when they are basically the same thing? Android Silver seems to be basically the GPE program (standard manufacturer devices running Google Stock Android) dressed up for the public to be positioned for the consumer in bricks and mortar stores.

All that aside I cannot wait for the Snapdragon 810-toting LG device to arrive. LG are promising an extremely attractive device with the G3 and if they follow this evolution from their not-so-enticing LG Optimus 3D then the Android Silver LG device should be mind blowing. My concern regarding this new LG device is that Evleaks states it will be on Sprint in the USA. Hopefully that doesn’t mean Sprint only. A version to run on our networks would be nice and I suspect there will be. There is a big world of phone users outside of Sprint and we know that Sprint devices are compatible with Sprint only.

What is your take on all this? Do you agree with my analysis? How about the new LG device? Interested?

I don’t care what the ‘vanilla Android’ program is called (or even at what price point the device(s) is/are at), so long as we actually get Google built and delivered updates. GPE doesn’t even come close to delivering that.

The Nexus 6 name is doubly problematic. First is the reason you note, licensing of the name. Second is how the N6 series of replicants are, within both the novel, and the film Blade Runner. Human hostile, trouble. Added to that, the N7 and N10 names are already gone due to the tablets, so they can’t readily be used for a phone. Noting those three points, it actually makes sense to stop the Nexus name on devices. Simply replacing the Nexus line with GPE devices, that is something which I would not like to see happen, as the Nexus line… Read more »