Update (May 20): Well, that was short-lived. Our pre-order has been cancelled.

The store in question says they were contacted by Dick Smith Electronics head office and told they “can’t sell it”. We were told that a new staff member had put the pre-order through when they shouldn’t have, and we should go back to the store to get our deposit back.

That’s notable wording – it doesn’t imply that they won’t stock the item (indeed just the day before the staff let slip that there’s some 120 units either on order or in stock), just that the item is prohibited from sale — perhaps until May 28?

Tell us in the comments if you pre-ordered a Chromecast from Dick Smith, and whether your has order been cancelled and why.

Yesterdays accidental leak of the Chromecast launch details, including the price and date of the launch, was quickly covered up by Dick Smith staff removing the page from their website. But is anything ever truly removed from the internet;)?

While the page was live, some readers were able to jump in and snag a pre-order, and from those game enough to try it seems you can still successfully pre-order the HDMI dongle if you front up to a store and use the catalog number XH1443. We were able to get a pre-order for one with a $10 deposit (Balance payable on pickup obviously). The Chromecast is going to be popular based on sales in the US and Europe alone – there might well be shortages when they first go on-sale and at $49, why wouldn’t they. We enquired how many of the dongles were being ordered and were told that this one store was expecting 120 units.

Google has not acknowledged the gaffe and when asked for comment on the release of Chromecast in Australia, advised:

There’s no timeline to share about Chromecast in Australia at the moment.

We’ve approached Australian broadcasters about possible Chromecast integration with their apps, in time for launch but are yet to hear back from any at this stage. We’re excited for the Chromecast launch in Australia, so as soon as we have any details to share, we’ll let you know. 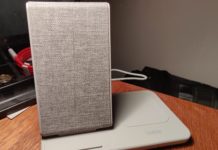 Went into emporium at Melbourne Central and they told me it was not in the system. They did sound a bit dodgy though

Just stopped by the Mount Barker store here in SA and they didn’t know it by name but when I said try XH1443 he was like ‘XH1443 uuuuhhhhhhh got nothing on that one as of yet’. I asked a couple of other questions and they were a bit cagy about it. Looks like someone might be in a bit of trouble for the leak 🙂

My local store (Mermaid Beach, QLD) couldn’t find it on their system, maybe it’s been pulled?

Makes me wonder if they did it on purpose because they know it will be popular.

Were the staff keen to do the preorder or did they worry at first?

Counter staff didn’t seem to really be all that interested.

I just went to a store and pre-ordered mine.
No problem what so ever.
They asked for a 10% deposit, I gave them $10 instead. Job done. 🙂