In a little over 24 days, Australia will send its national football team, the Socceroos, to Brazil to compete in the 2014 FIFA World Cup.

Some of us at Ausdroid HQ are a little bit football mad, and so we took a quick look at the options to keep on top of the happenings before and during the World Cup using your smartphone or tablet.

At the moment, the best option is the official FIFA app, and while it isn’t a dedicated app just for the World Cup, there is a lot of cup coverage available therein.

Catch up on the A League

As you can see, there’s a wealth of information on offer, including latest international football news, information about Brazil, the group compositions and rankings, a countdown timer and more. The app is well designed and complies with the latest Android design guidelines to boot. 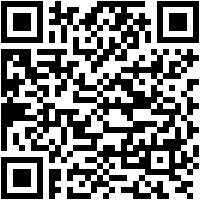 If you’re a football nut like me, check it out and let us know what you think. We’ll have some more World Cup coverage as the time approaches!