Well known Android developer Koushik Dutta (affectionately known as Koush)  must certainly be onto at least his third yacht by now, and deservedly so. Starting as a custom recovery developer (ClockworkMod) and contributor to CyanogenMod back in the early days, Koush has shown himself to be an innovative developer. Not long after Google released Chromecast devices Koush was able to hook into the Chromecast api to get thrid party apps to stream to the Chromecast, including Dropbox, and Google Drive. Google then went and updated the Chromecast to stop this.

Since then Koush has worked on an app to make other devices work similarly to Chromecast, without having to have a Chromecast (although Chromecast devices do still work with many of the functions). He called his app AllCast insinuating with this that the app could cast to any device. AllCast is a casting app for not only your own local media but also media that you have stored in the cloud. Media can be streamed from Google+, Google Drive, Dropbox and a media server. I tested it with a mediaserver running Nas4free and it worked well, although still with a few bugs, namely lack of sound when sending to a Chromecast device.

Today Koush has released an extension on this app that allows you to turn any Android device into a receiver. With it I was able to stream local media from my Nexus 5 to my Nexus 10 without any issues. It worked for movies I had recorded with my Nexus 5 as well as those I had stored on there for watching (eg. Slipknot Live DVD).

The app is incredibly easy to use. Select your target device then select the media to stream and you are good to go. At this stage it doesn’t open the AllCast Receiver app on the target device (which would be a nice addition in the future) but once you open that it all works as advertised.

The app is free but there are restrictions on the free version of the AllCast app and the premium version is $4.99 so I would suggest you try out the free version first before parting with your hard earned. I purchased this app early on and am glad that he has continued to improve it. In my opinion the small cost is enough to buy an app that is very useful. Once again purchasing the app supports innovation by an independent developer and gives you the warm and fuzzy feeling associated with supporting the little guy. 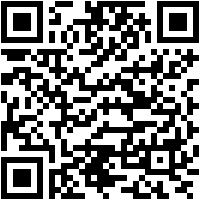 If you want a similar app that auto plays media that’s cast to it (it runs as a service) try Cheapcast. Which is free. Been using it on my Android PC stick for ages now.

Can you mirror the display of a Android device to a chromecast using this app?

not yet from what i can see. you can only choose media. but i have seem videos of Koush doing it. Maybe inthe future

Bought AllCast when it first came out and have had nothing but issues. I still have it installed, but never use it – now I just use a free casting alternative.

I was the same mate- now it’s much better.